The rumour that the iPhone will feature a near field communications (NFC) chip is repeated each year before a new handset launch. This year, however, seems to be different: it started with BrightWire reporting that the iPhone 6 will feature the chip used for mobile payments, and today GeekBar has leaked what it claims to be the wiring schematics for the NFC chip located in Apple’s next generation handset (via Macrumors).

Actually, there were mentions of an NFC chip for the iPhone 6 even before these schematics leaked, many of which pointed to NXP, a leading manufacturer. The Apple Daily article mentioned that the iPhone 6 will sport NXP’s PN65 series NFC chip, but kept mum on the actual details. 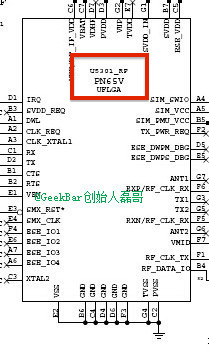 The schematics leaked by GeekBar, on the other hand, apparently corroborate all the earlier rumours: as you can see in the above image — which is claims to show the wiring of the NFC chip for the iPhone 6 — the IC is part of NXP’s PN65 series NFC chip.

Earlier today we reported another GeekBar leak, which suggested that the iPhone 6 will have 1GB of RAM, which some may find disappointing, but according to iOS developers we spoke to, won’t, however, affect the user experience.