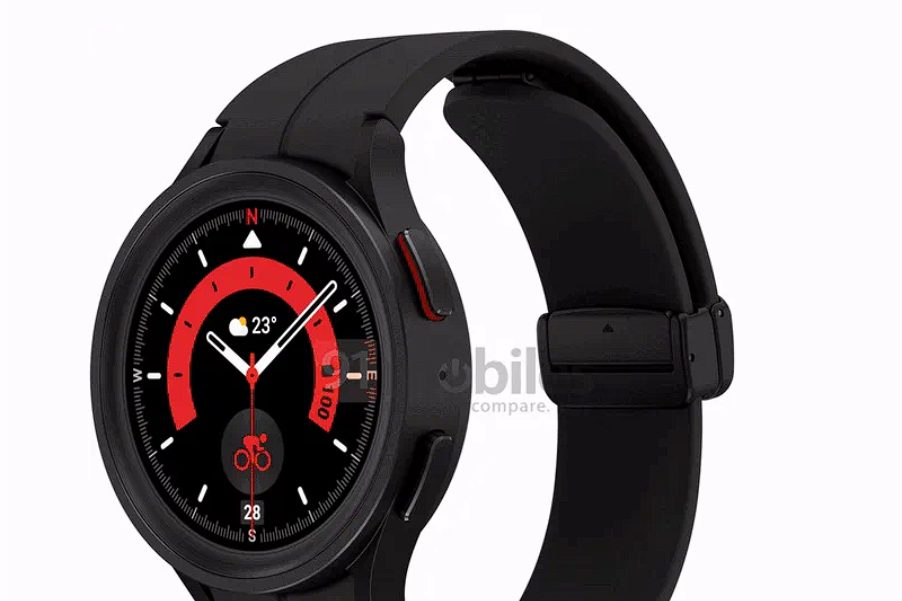 Samsung’s upcoming Galaxy Watch5 and Galaxy Watch5 Pro have been detailed in new “turntable” style 3D renders, giving us a comprehensive look at their design and, to some extent, what features we can expect from the upcoming wearables (via 91Mobiles).

The leaks come from renowned tipster Evan Blass (@evleaks), who worked with 91Mobiles to create the renders.

According to Blass, the Galaxy Watch5 Pro will be the more premium of the two new models, a spiritual successor to last year’s Galaxy Watch4 Classic. It will be available in a 45mm case size in either black or gray titanium. Customers will also have a choice between an LTE or Bluetooth variant.

The base Galaxy Watch5 will directly succeed 2021’s standard Galaxy Watch4. It will be available in two case sizes — 44mm, and a smaller option that wasn’t included in the leaks.

Both of the new Galaxy Watches will be powered by One UI Watch 4.5, Samsung’s flavour of wearOS 3.5. The Galaxy Watch5 series is set to debut at Samsung’s summer ‘Unpacked’ event next month.

Spotify is launching a new Home experience that includes feeds for both Music and Podcasts & Shows, making it easier for listeners to scroll through the type of content they’re looking for. The updated Spotify home screen will make the experience more personalized while allowing users to dig even deeper into their recommendations. In the...
Usman Qureshi
7 hours ago

Snapchat is launching a new in-app parental tool called 'Family Center,' to help parents get more insight into who their teens are friends with on the social media platform. With Family Center, parents can find out who their kids have been communicating with, without revealing any of the substance of those conversations. "Our new Family...
Usman Qureshi
7 hours ago