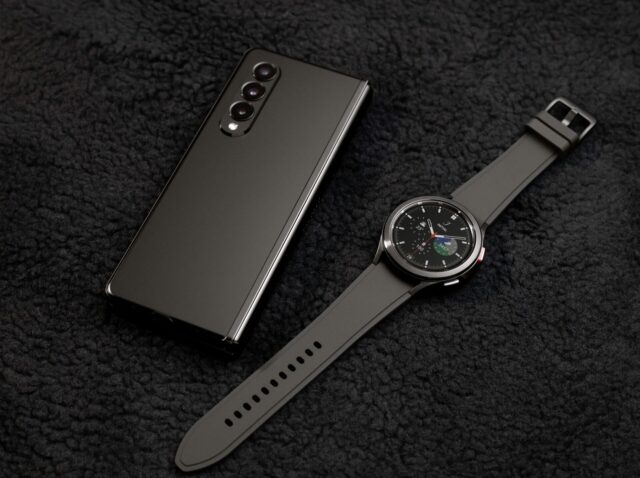 Today, Samsung held another digital Unpacked event, where it went on to showcase new and exciting devices that have been developed. The company went on to reveal its new leading foldable devices, the Galaxy Z Fold 3 and Galaxy Z Flip 3.

Galaxy Z Fold 3 measures in at 158.2mm x 67.1mm x 16mm, with a 6.2-inch display. It shares the same screen size as the Z Fold 2 while providing a thinner, more compact body. Once opened, the display then expands to 7.6-inches with a 128.1mm width. It also weighs 271g, making it lighter than the Z Fold 2. Samsung is also utilizing a Dynamic AMOLED 2X display with a 120Hz refresh rate. The device also features the first-ever under-display camera on a Galaxy smartphone. On the rear, the Galaxy Z Fold 3 supports 12mp with an ultra-wide, wide, and telephoto lens. The cover sports a 10mp camera.

Galaxy Z Fold 3 will start at $2,269.99 CAD and be available on August 27th. Samsung will also offer the device in Phantom Black, Phantom Green, and Phantom Silver

On the Galaxy Z Flip 3 side of things, Samsung has designed the device to be compact and made it easier to take selfies. The cover screen of the Z Flip 3 is larger, with more functionality than previous Z Flip devices. When closed, the Z Flip 3 is sized at 72.2mm x 86.4mm. When opened, the Z Flip 3 offers a 6.7-inch Infinity Flex Display, with a 120Hz refresh rate. Samsung’s Galaxy Z Flip 3 boasts a 12mp camera with an ultra-wide and wide-angle lens on the cover/rear. The front-facing hole-punch camera is 10mp.

The Galaxy Watch Series offers the first 5nm processor in a Galaxy Watch, offering 20 percent fast CPU and 50 percent more RAM. Samsung has also implemented a higher resolution display. Plus the Galaxy Watch 4 and Galaxy Watch 4 Classic have 16GB of memory. Samsung has said the new smartwatches can offer up to 40 hours of battery life. LTE connectivity will also be offered on certain models thanks to the eSIM technology utilized.

Finally, Galaxy Buds 2 was also revealed by Samsung. The new models offer a dynamic two-way speaker, supporting a woofer and tweeter high notes and deep bass. Up to 98 percent of background noise can be cut out with the active noise cancellation feature. Three levels of ambient sound will also be available. Samsung notes that thanks to a new machine learning-based solution, phone call clarity has been maximized in a variety of environments.