Amazon Astro Robot Reviewed: Compared to Getting a New Puppy 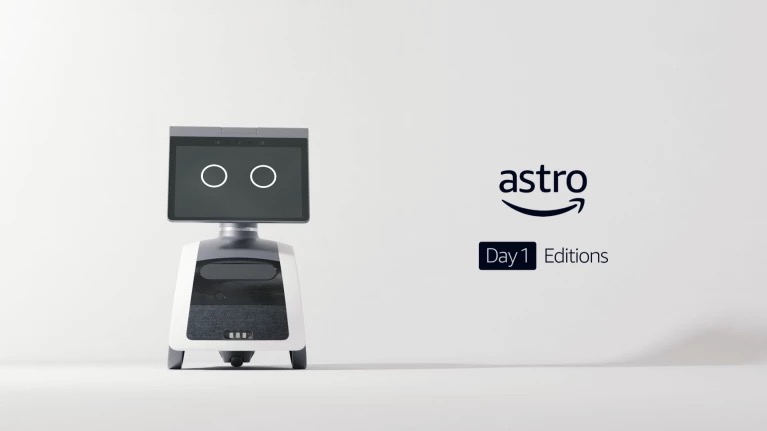 Fast Company‘s Carolina Milanesi was among a few hundred early testers selected by Amazon to try out the company’s new household robot, Astro.

Amazon unveiled Astro at its product announcement event on Tuesday, as the culmination of years of research and development in the robotics space. Astro costs $999 USD, and is currently invite-only. Astro “is designed to bring our most ambitious ideas to life,” says Amazon.

Astro is powered by Alexa and can be used for applications such as home monitoring, leveraging computer vision, AI and hardware and software into one.

Milanesi used the robot companion for two weeks around her house, and shared her experience. When you get Astro, you have to spend a bit of time letting the robot map your house so it can move around on its own.

Astro can’t go up or down floors, and is limited to patrolling only one floor. Astro also can’t map sunken rooms that are lower than the rest of the house, and any floor-to-ceiling mirrors will need to be covered up.

During the initial mapping process, the house also needs to be tidy and well lit. Once Astro has mapped the entire house, navigating through it while avoiding clutter or obstacles isn’t a problem. As for the robot’s home security capabilities, Milanesi conducted the following test, and shared her findings:

So in order to test its patrol capability, I set my presence on “Away,” hid in a corner (so Astro could not see my face and change the settings to home), and asked my husband to enter the room where the robot was located.

Astro rolled up to him and showed on its screen that it was not sure who he was and it needed to investigate further. It engaged its periscope camera, found my husband’s face, and alerted me on my phone with a video feed and an intruder warning. An actual intruder might not be as patient as my husband was in letting Astro investigate without smashing its camera.

Once you register your face with Astro, the robot can recognize you, locate you if you’re on the premises, and offer personalized greetings and messages. Biometric information logged with Astro is stored locally, and isn’t sent over to the cloud.

Astro proved pretty good at surviving Milanesi’s pet dogs, and the tech analyst did admit that the robot has an undeniable “cute factor” to it.

Milanesi’s residence did have a set of stairs, but Astro didn’t once try to “throw itself down” them, which developers who worked on the project reportedly said the robot had a proclivity for doing (via The Verge).

Amazon Astro is ‘terrible’ and will ‘throw itself down’ stairs, developers reportedly claim https://t.co/aVAXLabz6M pic.twitter.com/pwkIVDYcRX

While Milanesi came to the conclusion that Astro’s “$1,000 price is reasonable given how much technology it packs”, she still could not figure out a justifiable use case for what is essentially Alexa on wheels. For the price of an Astro, most households could buy an Amazon Echo for each room.