Happy New Year iPhone in Canada nation! To kick off 2017, Amazon.ca has a one-day Lightning Deal on AUKEY’s dual USB car charger with 4.8A/24W of juice, for 20% off at $7.99, the lowest price it has been since earlier this spring.

Update: The Lightning Deal is only showing on desktop versions of Amazon.ca. Request to access the desktop version in mobile Safari by going to the Share sheet, then selecting ‘Request Desktop Site’.

The deal is currently 23% claimed and is only available for 11 hours and 37 minutes. I personally own this car charger and it’s great because of its compact size, unlike larger units which protrude out. It basically sits flush in your cigarette lighter port and with its 2.4A of output per port, you can quickly charge an iPhone or iPad, or any other USB device. 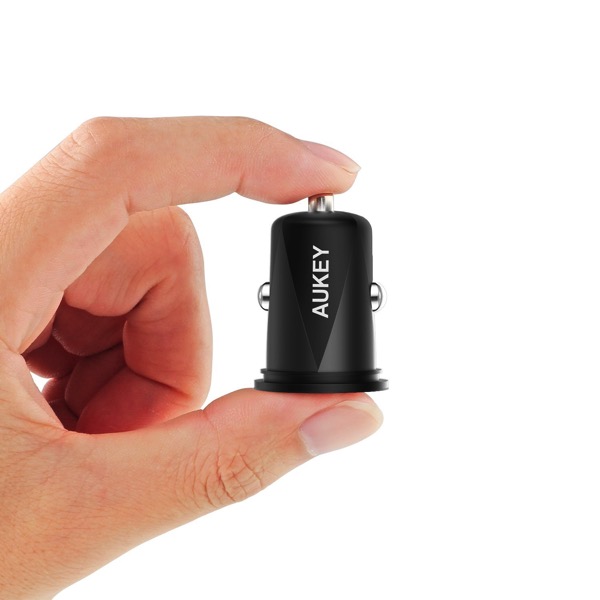 Click here to jump on AUKEY’s dual USB car charger while it’s still available as part of today’s one-day Lighting Deal. These will make a great gift for under ten bucks for any Apple fan.