Amazon.ca has a promo right now where if you purchase a Google Chromecast, you’ll get $10 free in the form of Amazon.ca credit.

The Google Chromecast is an HDMI dongle that attaches to your television or monitor to allow you to stream online video or music via your smartphone, tablet or laptop. There’s a companion iOS app, which makes it easy to stream Netflix, YouTube and more to the big screen, as a cheaper alternative to Apple TV. If you want to stream media to a TV in the spare bedroom or recreation room, this will get the job done at an affordable price. 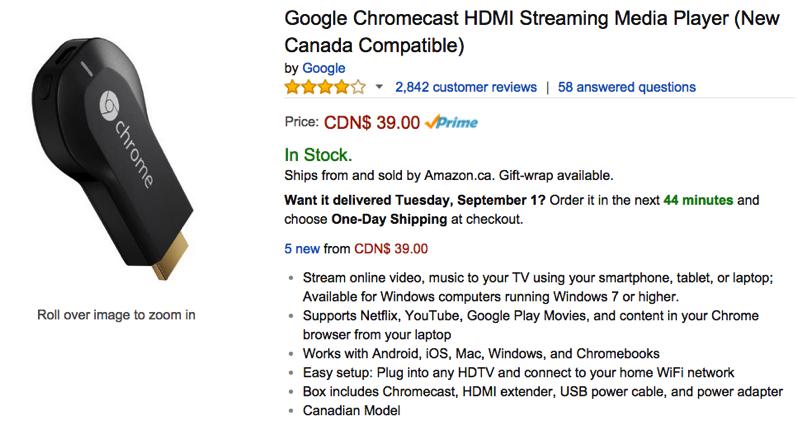 The free $10 credit means you’re essentially getting the Chromecast for $29, which is a decent deal.

Click here to jump on this Chromecast deal while it’s still available from Amazon.ca, as the company says “offer good while supplies last”.