Amazon Developing a Smartphone to Rival the iPhone

According to a report by Bloomberg, Amazon has plans underway to develop a smartphone to target the iPhone and Android devices. The company is working with Foxconn on their supposed device and Amazon is currently looking at acquiring wireless patents for its new device:

Amazon.com Inc. is developing a smartphone that would vie with Apple Inc. (AAPL)’s iPhone and handheld devices that run Google Inc.’s Android operating system, two people with knowledge of the matter said.

Foxconn International Holdings Ltd., the Chinese mobile- phone maker, is working with Amazon on the device, said one of the people, who asked not to be identified because the plans are private. Amazon is seeking to complement the smartphone strategy by acquiring patents that cover wireless technology and would help it defend against allegations of infringement, other people with knowledge of the matter said. 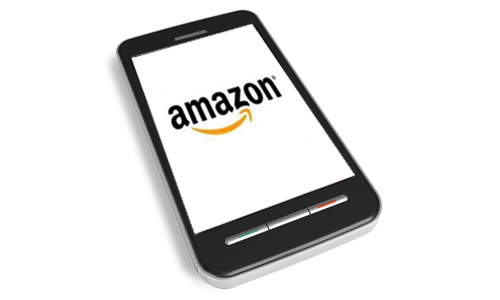 Amazon already has the Kindle Fire that enables access their vast digital library of books, videos and more. An Amazon smartphone would be the next logical choice, to also take advantage of the tight content integration. The Kindle Fire runs on a custom variant of Android, and we could very well see the same in any Amazon smartphone.