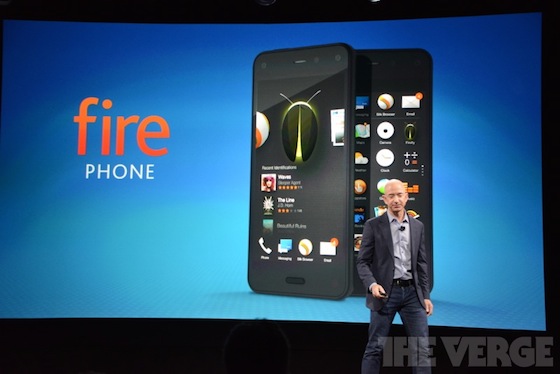 The rumours were true: Amazon CEO Jeff Bezos today unveiled the retail giant’s new foray into hardware, the Fire Phone smartphone. The Amazon smartphone has a 4.7-inch HD display, aluminium buttons, a 13MP rear camera, an f/2.0 five-element lens, optical image stabilization, and a set of stereo speakers that Bezos said are better than any average phone (via The Verge).

The Fire Phone is powered by a quad-core 2.2GHz processor, features Adreno 330 graphics, and has 2GB of RAM. Since it has a higher-megapixel camera, Bezos expressed his belief that the Fire Phone will take better photos than the iPhone 5s.

An interesting addition to the Fire Phone is a dedicated camera shutter that launches the camera app, and users will tend to shoot many photos thanks to the free unlimited photo storage, which compares to Apple’s iCloud storage options.

The Fire Phone is designed to work with Amazon’s services: With X-Ray users can get information about what they are watching, it also has an AirPlay-like system to push content to the TV, and the ASAP feature caches videos and start streams in an instant, not to mention Prime Music, Prime Video, etc.

Amazon’s Fire Phone has a total of five front-facing cameras used for a 3D interface (kind of) called Dynamic Perspective. Thanks to its advanced head-tracking capabilities (the Fire Phone is constantly looking at you), the 3D images on the phone change as the user changes the perspective. 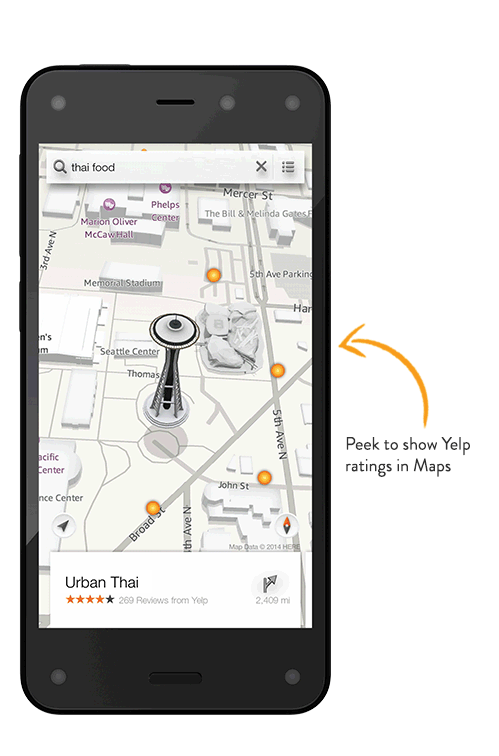 The custom-designed sensor system, branded as Dynamic Perspective, also means a green light for one-handed shortcuts such as tilt for panels, swivel for access to important notifications (Mayday, Flashlight, Settings, etc.), peek in maps to see Yelp ratings (as seen in the video), and one-handed reading, thanks to auto-scroll. 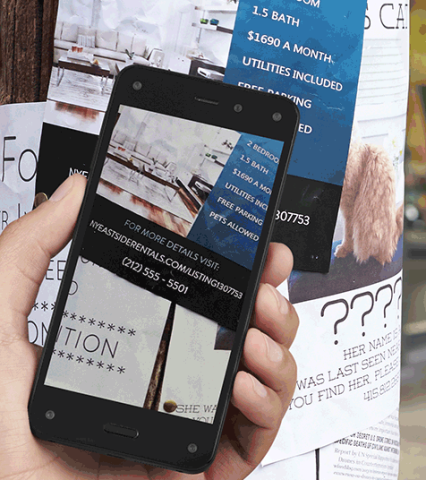 Amazon’s smartphone is available exclusively through AT&T for $199 on a two-year term for the 32GB model. The 64GB model will cost $299. You can also buy it outright for $649, but you’ll only get it starting July 25. For a limited time, the device includes one year of Prime.