Amazon CEO Jeff Bezos told customers yesterday on Twitter an “all-new, top of the line Kindle” is almost ready, their eighth generation, set to be unveiled next week.

Now, the Wall Street Journal has shared new details on what will be coming. Sources tell the publication on top of a new higher-end Kindle set to debut, there will be a rechargeable battery case to extend the e-reader’s battery life. The addition of the removable battery cover will allow this new Kindle to be thinner than previous generations. 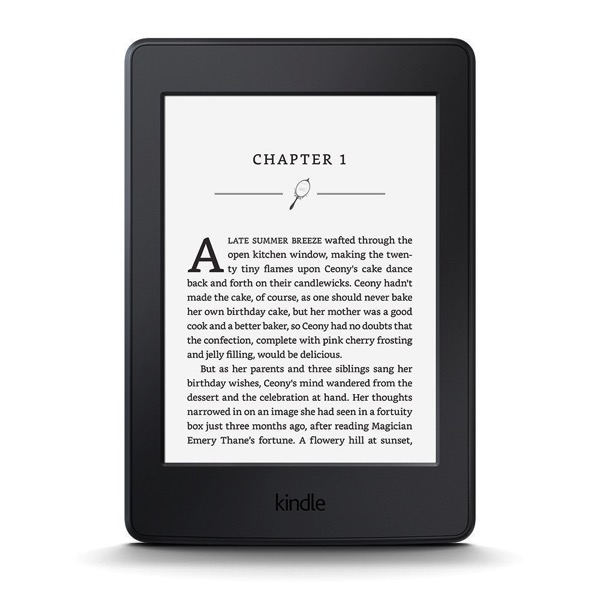 Another development is a Kindle battery case that can be charged via solar power, but people familiar with the matter say it’s unlikely such a case will debut in the “immediate future”.

Code names for the new Kindle are known internally as “Whiskey” and “Soda”, while the sun-powered battery case “Sunkiss”, at the company’s Lab126 in Silicon Valley, the same division responsible for other devices such as the Echo, Fire tablet and Fire TV. As of writing, Kindle Fire tablets used to be sold in Canada, but are now currently unavailable. The Echo and Fire TV remain U.S.-only.

Sources say the challenge for Amazon is getting customers to upgrade, as Kindles are known to be durable. However, Amazon is still keen on making money off e-book sales from customers, even those with legacy models.

Amazon Kindle owners are able to continue reading from any device thanks to the company’s Whispersync cloud service, which syncs bookmarks to all devices, such as those reading on the Kindle iOS app for iPhone or iPad.

Current Kindle models start at $79.99 for the 6-inch touchscreen model, while the higher resolution Kindle Paperwhite costs $139.99. Back in February, Amazon launched the Kindle Voyage in Canada, after it had only been available in the U.S.

Anyone looking forward to a Kindle upgrade?

South Korea's antitrust regulator, the Korea Fair Trade Commission (KFTC), raided Apple's headquarters in the country earlier this week over allegations that the company is charging more than its sticker 30% commission — 33%, to be exact — on purchases made through the App Store. Local media first reported the raid on Monday, with Foss Patents covering...
Nehal Malik
1 hour ago