If you’ve been waiting to pick up a Nest smart thermostat, now’s the time to get one, as Amazon.ca has a one-day Lightning Deal on the second generation unit, available for 40% off (save $99) at $150, shipped free. This is the lowest price it’s ever been on Amazon.ca, according to price tracker Camel Camel Camel. 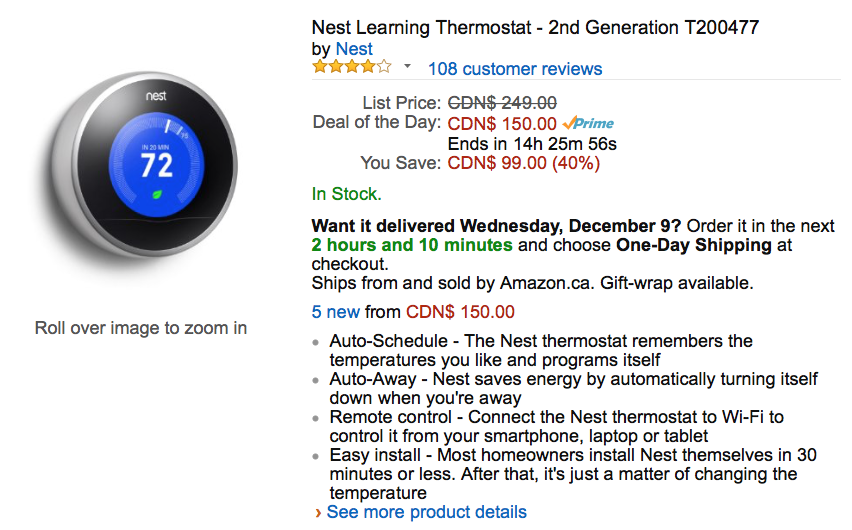 Nest allows you to smartly monitor and control the temperature of your home, right from your iPhone or iPad. You can do things like warm the house up while you’re on the way home from work, or turn off the heat if you forgot.

This might make a great holiday gift for the tech lover in your life, while also letting you save money on energy and heating bills.

Click here to jump on the Nest 2nd Gen from Amazon.ca while it’s still available for 14 more hours.