Amazon Canada has launched a new perk for Prime subscribers, offering a free three month trial of audiobooks from Audible, the company they acquired back in 2008.

According to Amazon “listening is the new reading,” with what appears to be Tormund Giantsbane’s doppelgänger as their spokesperson. 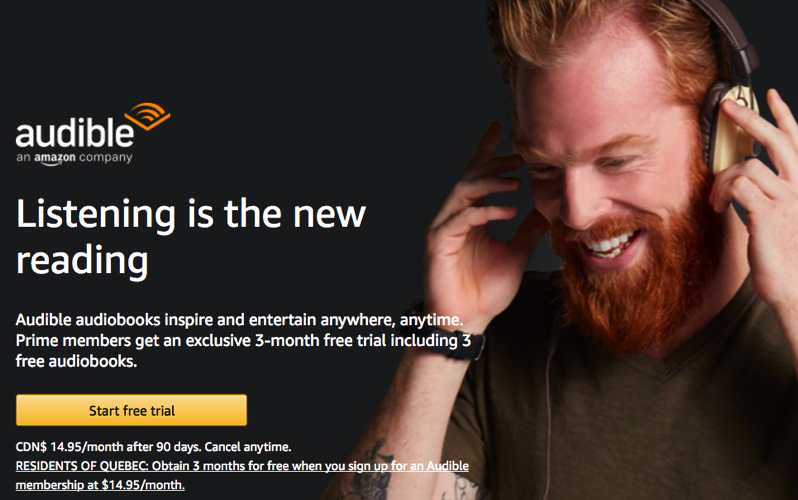 Audible for iOS was recently updated to support Audible.ca in Canada. You’ll be able to listen to these audiobooks from any iOS device, Android and Windows, plus Audible software for Mac and PC.

Update: The Handmaid’s Tale is a free download right now.