Amazon Prime Now is the online retailer’s one to two-hour delivery service for Prime members, and it’s reportedly launching in Canada “later this year”, reports the Wall Street Journal, “a move that marks a broader push into the country by the Seattle-based retailer, according to people familiar with the matter.” 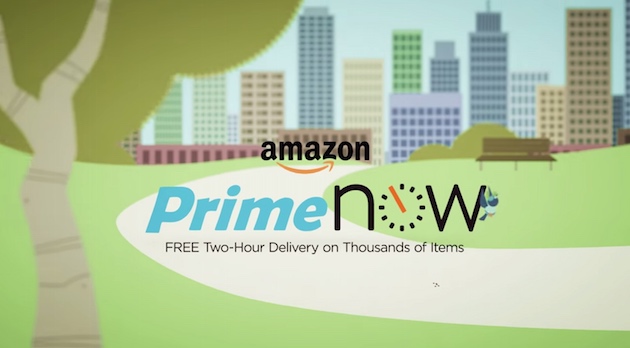 The Prime Now service may debut in “Vancouver and Toronto in November and January, respectively”, with a pilot program seeing groceries and other products delivered within two hours, said an unnamed source. If the pilot is successful, other cities in Canada may see the service as well, said the person familiar with the matter.

Amazon recently acquired grocery chain Whole Foods, which has 13 locations in Canada, with most in Vancouver and Toronto (and there’s one in Victoria). Prime Now in the U.S. partners with local couriers to deliver items to customers within a two-hour window, while restaurant orders are delivered within one-hour.

The company launched Prime Video in Canada last December, a perk many of us never believed would arrive here. A Prime Video app for Apple TV is set to launch later this year.