Amazon is reportedly working on a higher-quality version of its popular Alexa-based Echo smart speaker to directly compete with Apple’s HomePod and other high-quality smart speakers. 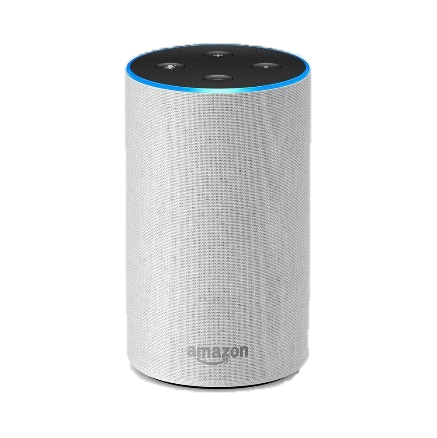 A new report today from Bloomberg‘s Mark Gurman says prototypes of the speaker are wider than the current Echo speaker, allowing the inclusion of additional components, including at least four tweeters. Gurman’s sources were people that “requested anonymity to discuss an internal matter.”

It’s unclear exactly when Amazon would launch the new speaker, but it revealed a slew of new Echo devices last September, including new versions of the Echo Dot, Echo Show, and the Echo Plus. Since the report says that Amazon could launch the speaker by next year, there’s a chance we’ll see the new device debut around the fall this year.

Amazon has dominated the smart speaker market largely due to its inexpensive Echo Dot and Echo speakers. In terms of sound quality, they are nowhere near the HomePod but their extremely low price tag has made them more popular among customers.

Gurman also said that Amazon is also putting more engineers to work on a smart home robot: a secret project called Vesta. The robot isn’t ready for mass production yet.

According to the report, the waist-high robot moves around on wheels, uses computer-vision cameras, and may be a mobile version of Amazon voice assistant Alexa, according to Bloomberg, which cited anonymous sources familiar with the project.

Amazon’s Echo line has emerged as being the most popular smart speaker in the United States following the device’s unexpected launch in 2014. Amazon accounted for 61.6 percent of the smart speaker market share as of January, according to a report from Voicebot.ai and Voicify. Google, meanwhile, accounted for 23.9 percent.