Amazon Planning to Build a Massive Warehouse in Ottawa 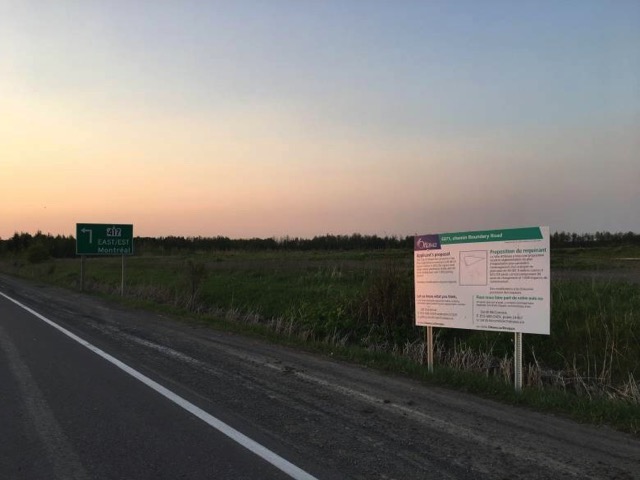 According to two members of the Parliament, Amazon is planning to build a massive warehouse in Ottawa that will employ roughly 1,000 people, CBC News is reporting. Orléans MP Andrew Leslie has confirmed that the online retailer plans to take over a giant warehouse proposed for 5371 Boundary Rd., near Highway 417.

An application submitted to the city says the facility will be over one million square feet and require 99 truck bays and more than 1,000 parking spaces.

“It will employ approximately 1,000 people, good middle class jobs, and it’s going to be a transportation hub,” said Leslie, late on Thursday. “We have been working with Amazon for a couple of months now and we are just thrilled that it’s all coming to maturation.”

While Leslie did not share any details of a possible government funding that might have been involved in attracting the project, he did say that provincial, federal and municipal governments have all been involved in the efforts. “We are thrilled. I think this is fantastic news for Orléans”.

Meanwhile, Francis Drouin, MP for the adjacent riding of Glengarry-Prescott-Russell, said that it would be good for the entire region as the site is ideally situated with highways nearby and is close to both Ottawa and Montreal. “It will drive traffic away from the downtown core, which is perfect,” he said.

A representative of Amazon is said to have met with Mayor Jim Watson and city manager Stephen Willis in January 2018, although both have declined to issue a comment on the matter.