So long Google and Apple, Amazon is now the world’s most valuable brand.

Amazon has become the world’s most valuable brand, overtaking Google and Apple for the first time in more than a decade, according to the BrandZ Top 100 Most Valuable Global Brands rankings, released today by WPP research agency Kantar [PDF].

The Seattle-based retail behemoth, founded by CEO Jeff Bezos in his garage in 1994, topped the table thanks to key acquisitions, superior customer services, and a disruptive business model, Kantar said in a statement.

BrandZ credited Amazon’s performance to “smart acquisitions that brought new revenue streams, outstanding customer service and its ability to stay ahead of competitors by offering a diverse ‘ecosystem’ of products and services.” 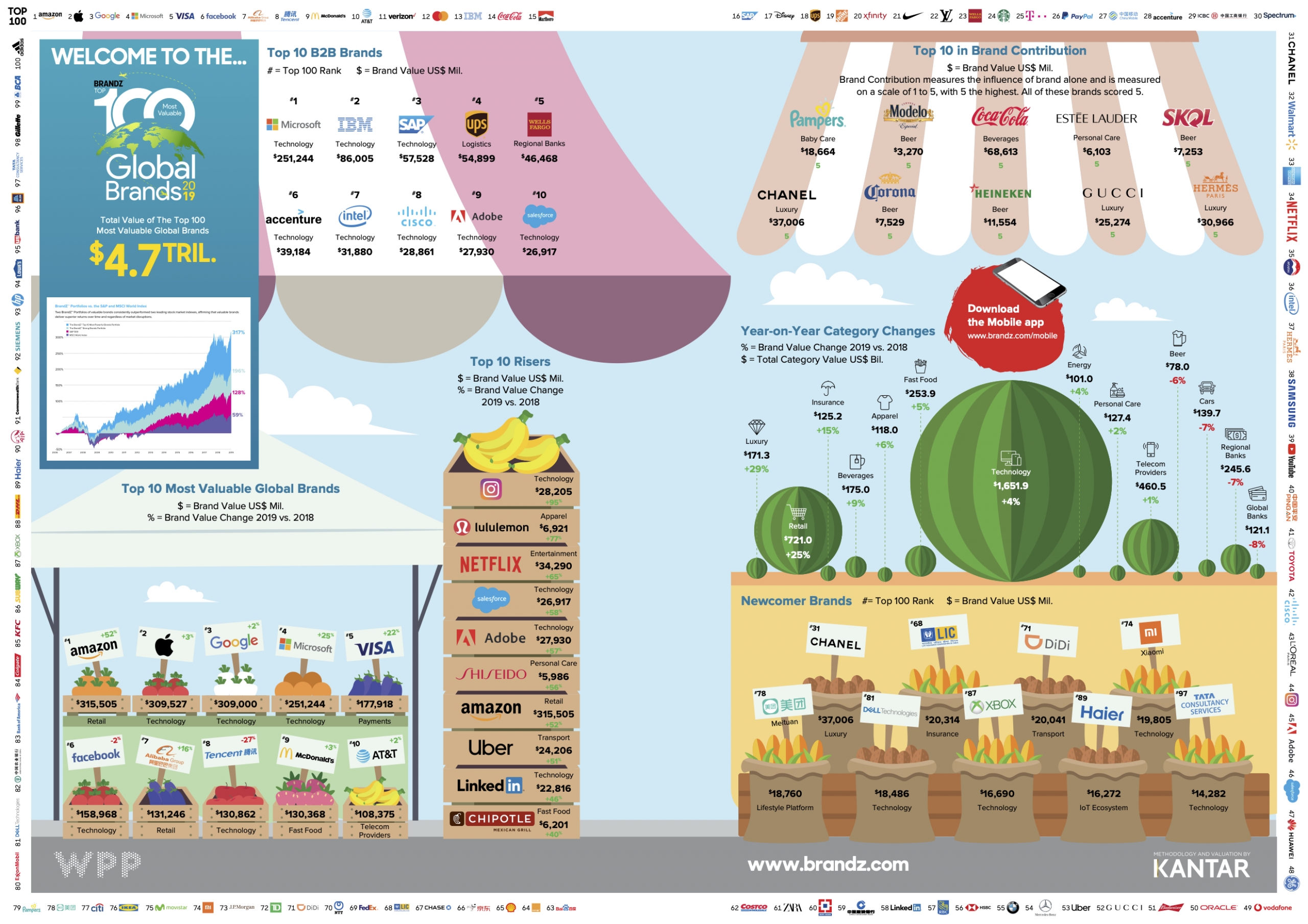 Doreen Wang, Kantar’s global head of BrandZ, said Amazon’s jump was due to it selling a variety of services. “Amazon’s phenomenal brand value growth of almost $108 billion in the last year demonstrates how brands are now less anchored to individual categories and regions. The boundaries are blurring as technology fluency allow brands, such as Amazon, Google, and Alibaba, to offer a range of services across multiple consumer touchpoints,” she said in a statement emailed to CNBC.

Amazon is now leading the market in Cloud computing and home hardware and in the past year has invested into several different businesses including UK-based food delivery company Deliveroo and electric truck startup and Tesla rival Rivian.

“Enabled by developing technologies, and not being afraid to try and fail at times, Amazon has diversified into a range of offers from cloud computing to smart devices, from payment systems to the best in entertainment. As the boundaries between traditional businesses blur, Amazon has been ideally positioned to seize emerging opportunities,” said global BrandZ strategy director Graham Staplehurst.