Among Us for Meta Quest 2 Coming November 10 [VIDEO]

Meta has today announced at its Meta Connect VR developer event that Among Us for Meta Quest 2 will launch on November 10th, allowing gamers to play with up to nine other people as they work to repair their spaceship and avoid getting murdered. 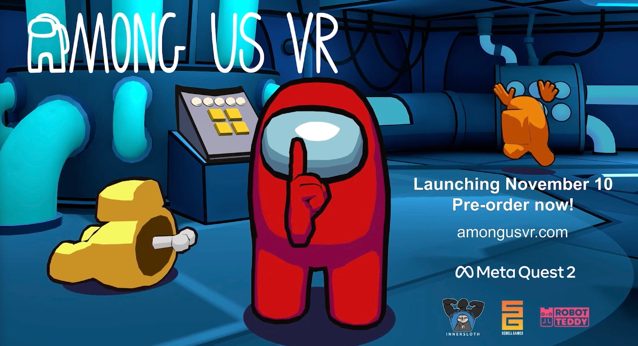 Developed by Innersloth, Among Us launched in 2018 and exploded in popularity amid the COVID-19 pandemic.

As the name suggests, Among Us VR brings the 2D game not just into the third dimension, but virtual reality as well.

If you’re curious about what else may be changed and what details there are about how it will all work, check out the following Among Us VR trailer, which debuted at UploadVR’s Summer Showcase during IGN Summer of Gaming.

The Samsung Galaxy S23 series may be launching in early February. Leaks suggest that, unlike last year, Samsung's new lineup of flagship smartphones could make their debut during the traditional window of time. According to a report from Korean news outlet Korea JoongAng Daily (via The Verge), the latest entry in the Samsung Galaxy line...
Steve Vegvari
12 mins ago