With the release of the iPhone on the world’s largest mobile carrier, China Mobile, there is a lot of speculation about how the partnership affected Apple’s quarterly earnings. The company is set to announce its earnings on Monday, January 27 and iPhone result traders will be interested in how many units Apple sold in the quarter before the China Mobile deal. 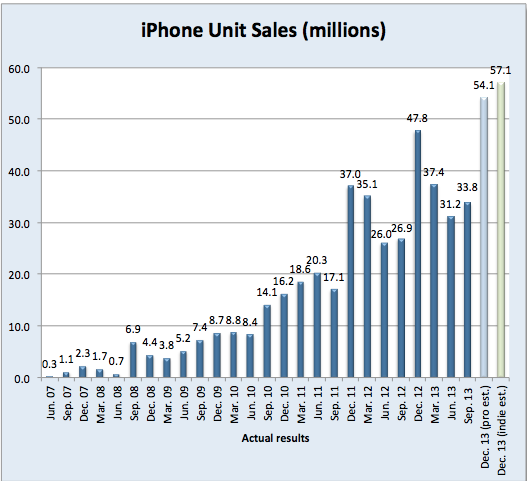 With a refreshed line of phones, more Apple stores, and lots of holiday shoppers, there is no reason why Apple shouldn’t turn in another record quarter of iPhone sales.

CNN has combined the estimates of 44 analysts and the average, between the 27 professionals and 17 amateurs, is unit sales of 55.3 million iPhones, up 16 percent year-over-year. 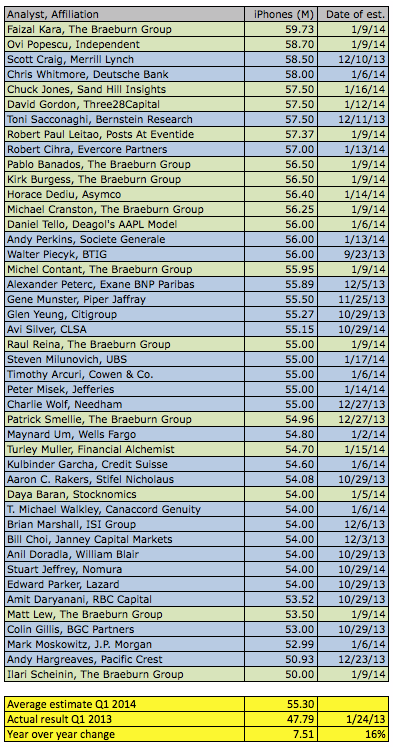 Apple’s iPhone sales are expected to increase because of their partnership with China Mobile, having 1.3 million preorders reported just a few days ago. We will find out how close the estimates are when Apple reports its fiscal Q1 2014 earnings after the market comes to a close on Monday, January 27.