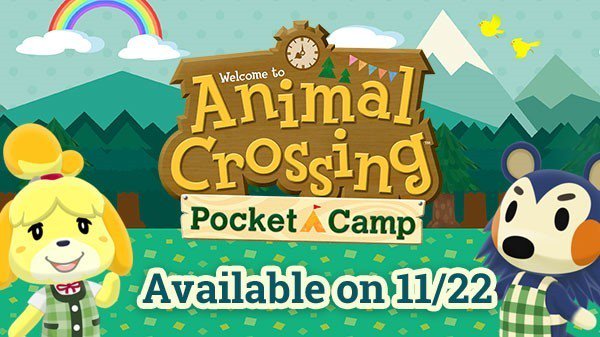 The company announced in late October a new Animal Crossing game for mobile users would be debuting soon, and now we have the official launch date. The list of launch countries is below:

Nintendo says “Animal Crossing: Pocket Camp is a game about exploring nature, making friends, and collecting cool items to help you create the campsite of your dreams!” It will be free to play but will be powered by in-app purchases.