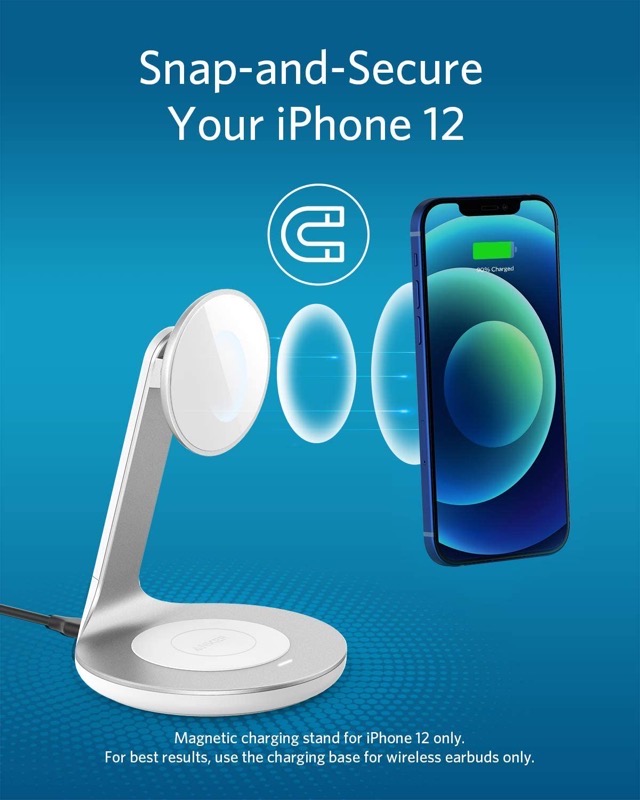 According to Anker, the company tells iPhone in Canada this is an early product in its upcoming magnetic charging series, and more will be announced at this year’s virtual Pepcom event, set to begin on January 11, 2021.

The Anker PowerWave is $35.99 USD, but is not available in Canada yet. We’ll update this post once we get confirmation of its Canadian release. It does not come with an AC adapter. 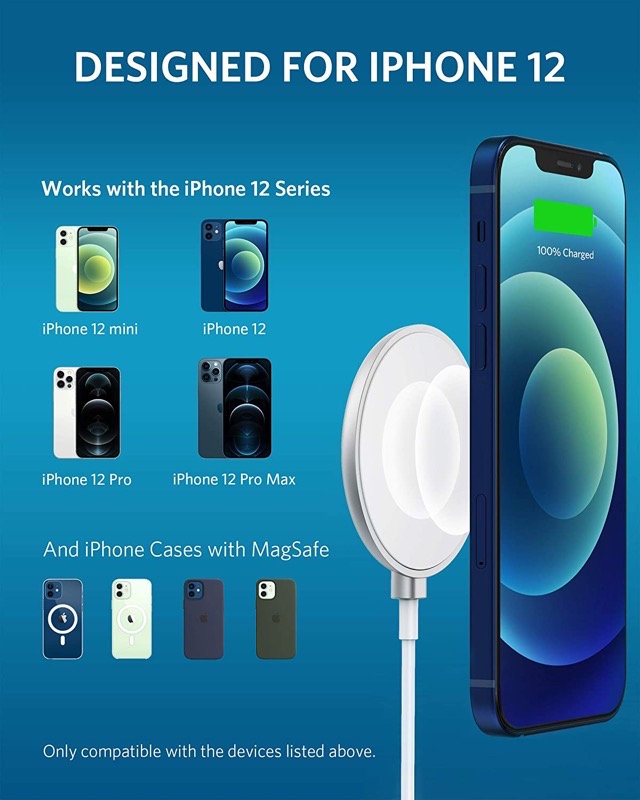 This charger—like Apple’s official MagSafe charger–does not come with an AC adapter.

This wireless charger is MagSafe compatible and is priced at $39.99 CAD and works with compatible MagSafe cases as well. The charger comes with a 5-foot USB-C cable. This price is $15 cheaper than Apple’s MagSafe charger, but can only charge up to 7.5W (versus up to 15W with Apple MagSafe).