Last week we saw the best look at the alleged ‘iPhone 8’ design in a leak posted by @OnLeaks, showing a hands-on with a dummy unit.

Now, we have another video of a purported ‘iPhone 8’ dummy, posted by YouTube channel EverythingApplePro. The hands-on compares the ‘iPhone 8’ to the iPhone 7, iPhone 7 Plus, and also shows how the device looks in some cases and a screen protector. 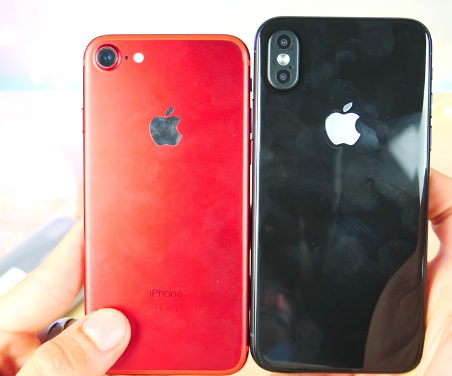 This dummy unit, however, is not as ‘high quality’ it appears as the original video posted from @OnLeaks, as the front display doesn’t have a speaker cutout, the rear vertically stacked cameras aren’t as flush, and the Apple logo on the back isn’t as smoothly integrated. But if you’re curious to see more of this apparent ‘iPhone 8’ design and how it compares to the existing iPhone 7, check the video out below:

Yesterday, KGI Securities analyst, Ming-Chi Kuo, claimed in a research note the next flagship iPhone 8 will lack Touch ID, while Bloomberg followed up to say a 3D sensor to scan faces would replace the fingerprint sensor.