Anti-Poaching Lawsuit Witnesses Want to Use Evidence Against Steve Jobs

Earlier this week, four major tech companies, who are a part of no-hire agreements in Silicon Valley, had argued in a court filing that witnesses at an upcoming trial should not be allowed to offer evidence that Steve Jobs’ personality was that of a “bully”. However, Reuters is reporting that a court document filed today by employees suing the firms, suggests that the workers are indeed seeking to use evidence about Steve Jobs in the forthcoming trial. 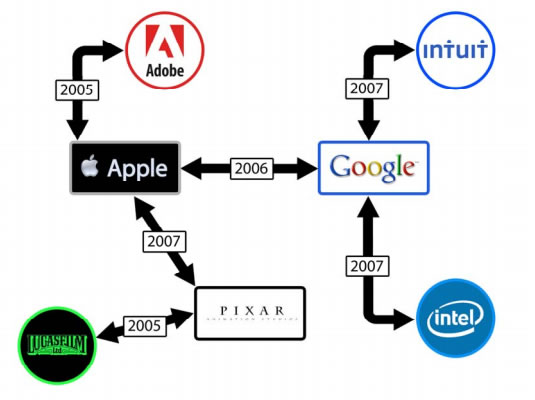 Tech workers, who brought a class action lawsuit against Apple, Google, Intel and Adobe Systems in 2011, are alleging that the four companies conspired to avoid competing for each other’s employees in order to avert a salary war. Now, the employees have requested the court that technology companies should not be allowed to limit evidence about Apple co-founder at an upcoming trial, which is scheduled to begin at the end of May on behalf of roughly 64,000 workers.

In the filing on Thursday, the employees said such material had been used in separate antitrust litigation involving Apple over e-books. “That the jury might draw conclusions about Mr. Jobs’ character based on evidence showing the manner in which he pursued the conspiracy at the heart of this case is not grounds to exclude such evidence,” they wrote. A Google spokesman declined to comment. Representatives for Apple, Intel and Adobe could not immediately be reached for comment, nor could an attorney for the plaintiffs.

Furthermore, the filing shows that the plaintiffs also seek to introduce evidence about the personal wealth of executives like Google co-founder Sergey Brin, arguing how it could be enhanced by holding down workers’ salaries.