Mobile data and analytics firm App Annie released its “State of Mobile 2022” report that paints a picture of the app economy across iOS App Store, Google Play, and third-party Android app stores in China and worldwide. 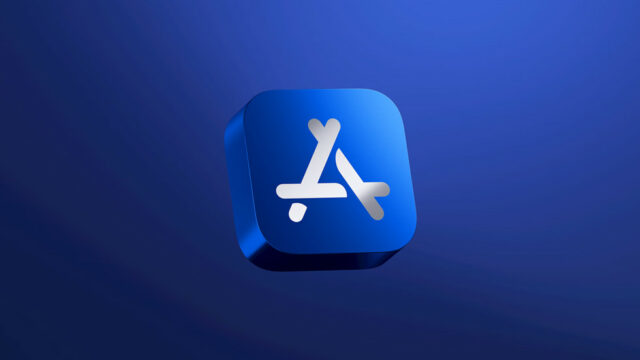 According to App Annie’s State of Mobile 2022 report, smartphone users spent 3.8 trillion hours on mobile in 2021.

The hours spent was up from a year earlier — and it was up 30 percent over the past two years — as consumers continued to embrace a mobile lifestyle in the ongoing pandemic, said Lexi Sydow, head of market insights at App Annie.

Mobile gaming grew to $116 billion an increase of 15 percent, fueled by the growth of casual games. And interest in the metaverse catapulted leading avatar apps forward with 160 percent year-over-year growth.

In the top 10 mobile markets, consumers spent 4.8 hours a day on mobile. The growth came from deeper use per person as well as more devices in the market, the report explains. In the US, the number was 4.2 hours per day spent on mobile.

For a little reference, that’s roughly a third of our waking hours. 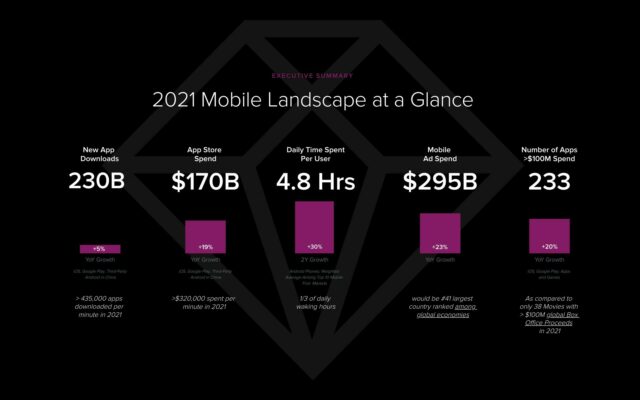 Turns out people are more than happy to part with a bit of cash on their apps, too. App store spend across iOS, Third-party Android stores in China, and Google Play grew by 19 percent year on year, with $320,000 USD being spent per minute in 2021 and a total spend of $170 billion USD.

In terms of which apps people were spending their time on, the results aren’t too surprising: seven out of 10 minutes were spent on social, photo, and video apps like last year — TikTok was the most downloaded app of 2021 globally, so no surprises there.

New mobile app releases also grew in 2021, as publishers launched 2 million new apps and games, bringing the total number of apps and games ever released across the App Store and Google Play to 21+ million. Currently, there are 5.4 million “live” apps and games available on the app stores, 1.8 million of which are on iOS and 3.6 million on Google Play.

Among the highlights from its findings:

The full report is here.