As Apple looks to increase Services revenue from existing iPhone users, a forthcoming report notes that average in-app spending continues to climb higher each year, more than doubling since 2015.

TechCrunch reports that iPhone users in the U.S. spent $79 USD last year compared with $58 in 2017, citing a forthcoming report from mobile app analytics specialist Sensor Tower. The reported noted that last year’s spending was lower than the 42 percent boost recorded between 2015 and 2016 when revenue went from $33 USD to $47.

Gaming has long been the biggest driver of spending on mobile platforms, representing over half of all spending. However, other categories are now starting to see an upside, particularly subscription-based apps, according to the report. In fact, the entertainment category posted the strongest growth in 2018, with average spending skyrocketing by 82% to $8 USD, making it the second-largest category behind gaming. Music came in third, representing an estimated $5 USD worth of the spending. 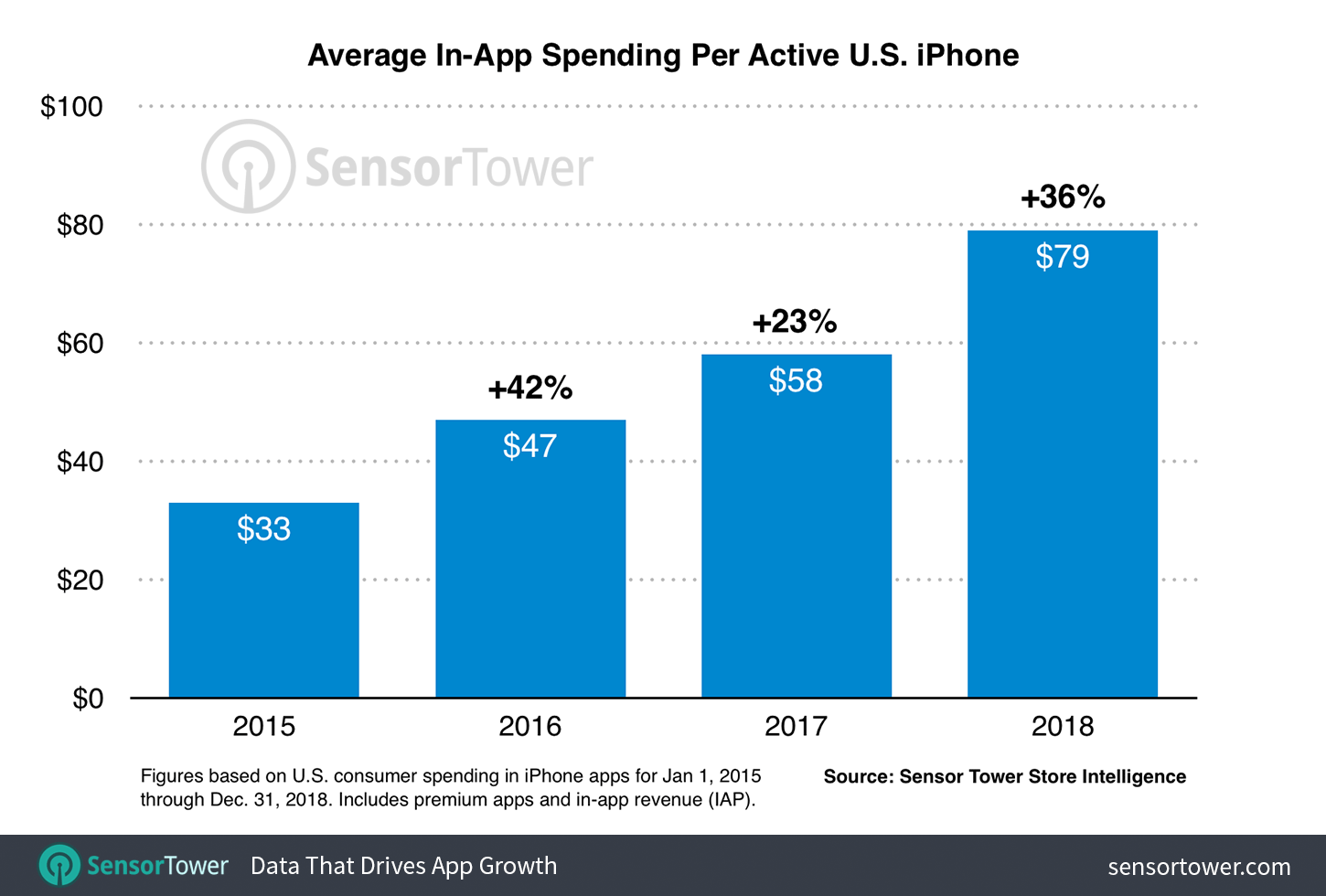 Lifestyle apps increased by 86 percent to reach $3.90 USD, and Health & Fitness apps went up 75 percent for an average of $2.70, while Music and Social Networking apps both grew by 22 percent.

Subscription-based apps have also proven to be lucrative for app developers as they provide a recurring and relatively stable source of income, whereas one-time or in-app purchased will usually taper off. It’s important to keep in mind that subscriptions can only be pushed to a certain extent before customers with limited budgets no longer find worth in a service. Last month, the tech giant changed the guidance for in-app subscriptions, upgrading the design to make it easier to find clear and detailed rules. 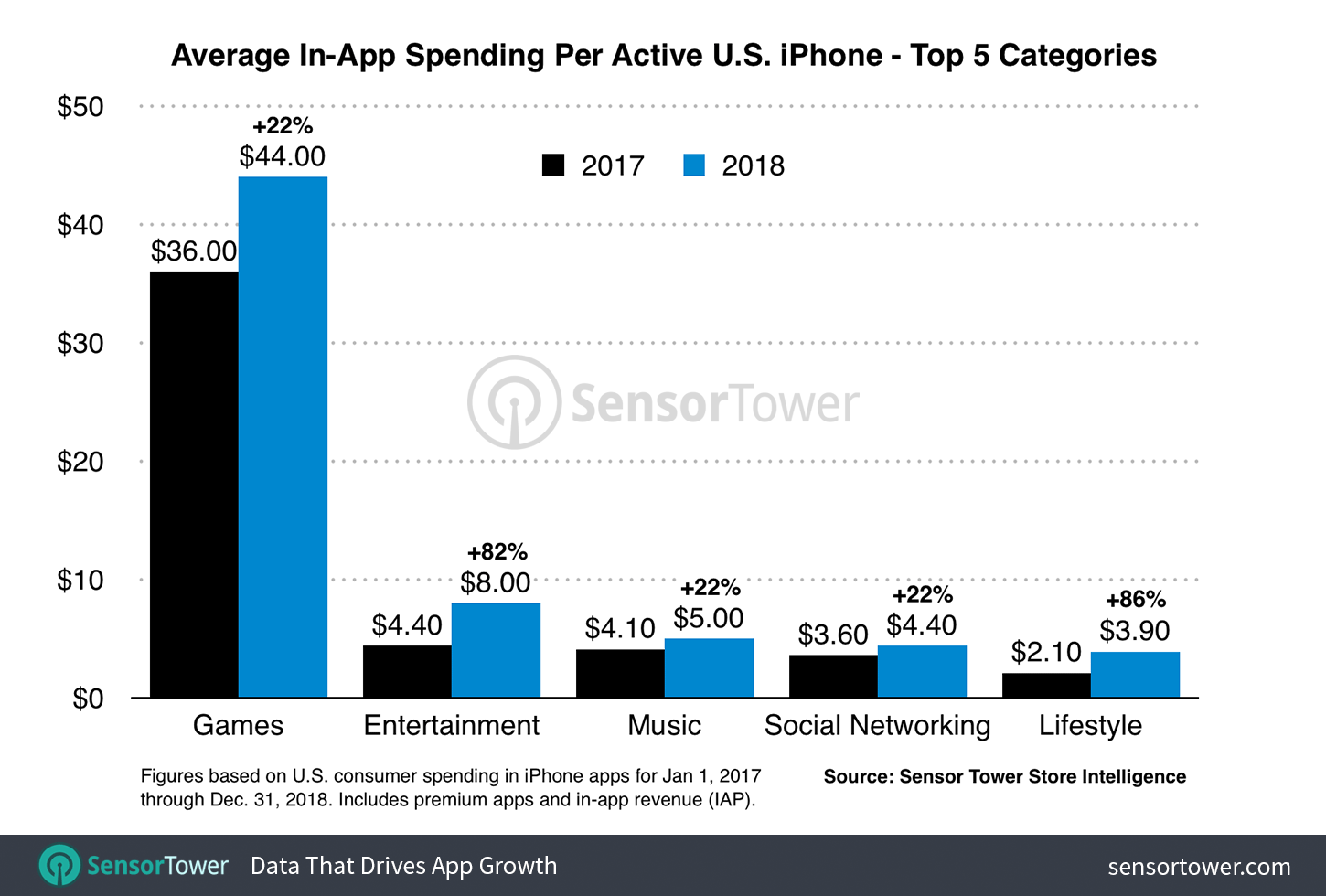 2022 was the worst year for the global smartphone market since 2013, with shipments dropping 11.3% in the year to 1.21 billion units and 18.3% in the fourth quarter alone, according to preliminary data from the International Data Corporation (IDC). While Samsung led global smartphone shipments for 2022, Apple came in second place with 226.4...
Nehal Malik
59 mins ago