Apple has just announced the App Store has surpassed 50 billion app downloads as the countdown timer has reached its goal: 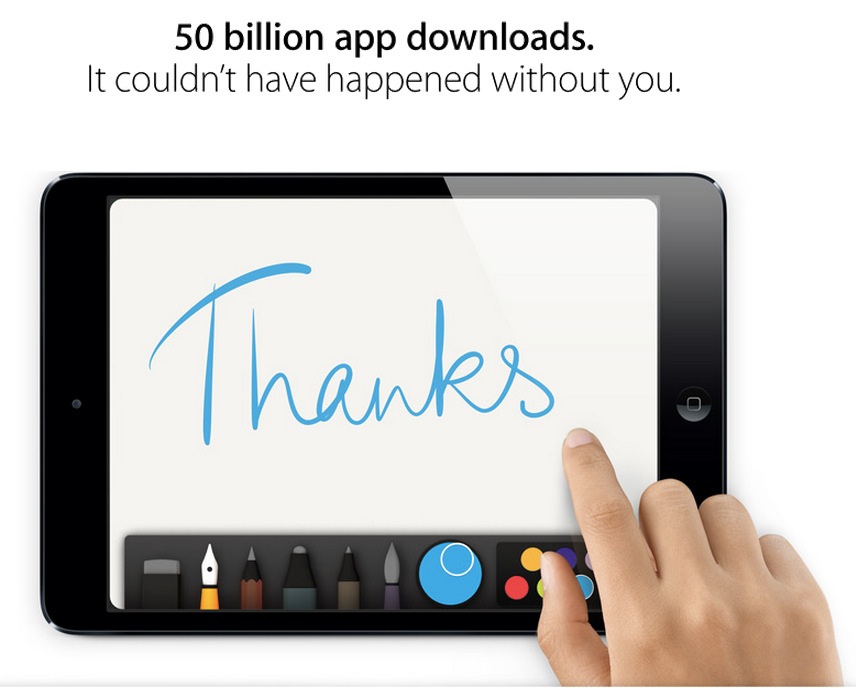 We just hit 50 billion app downloads. Thank you. It couldn’t have happened without you. #50BillionApps tw.appstore.com/hgE

The company notes a winner will be announced shortly. Last year’s winner was announced two days later, which turned out to be Chunli Fu from China after she downloaded Where’s My Water? Free.

What a coincidence for Apple to announce 50 billion app downloads right smack in the middle of the 2013 Google I/O developers conference. Earlier today, Google announced its Google Play store had surpassed 48 billion app downloads, plus the company also released a new dedicated Google Hangout iOS app and said a new version of Google Maps for iPhone and iPad are coming soon.