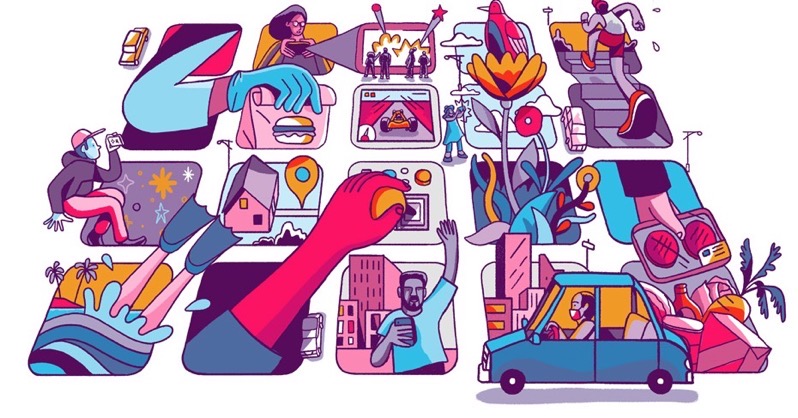 Apple this afternoon issued a new press release stating the company’s App Store ecosystem “supported $519 billion in billings and sales globally in 2019 alone,” based on a study from economists at the Analysis Group.

The most beneficial categories in terms of value were mobile commerce (m-commerce) apps, digital goods and services apps, and in-app advertising, says the study backed by Apple.

According to the study, over 85% of the $519 billion USD total goes directly to third-party developers and various sized businesses, as Apple only takes a cut from digital goods and services.

“The App Store is a place where innovators and dreamers can bring their ideas to life, and users can find safe and trusted tools to make their lives better,” said Tim Cook, Apple’s CEO, in a statement.

“In a challenging and unsettled time, the App Store provides enduring opportunities for entrepreneurship, health and well-being, education, and job creation, helping people adapt quickly to a changing world. We’re committed to doing even more to support and nurture the global App Store community — from one-developer shops in nearly every country to businesses that employ thousands of workers — as it continues to foster innovation, create jobs, and propel economic growth for the future.” 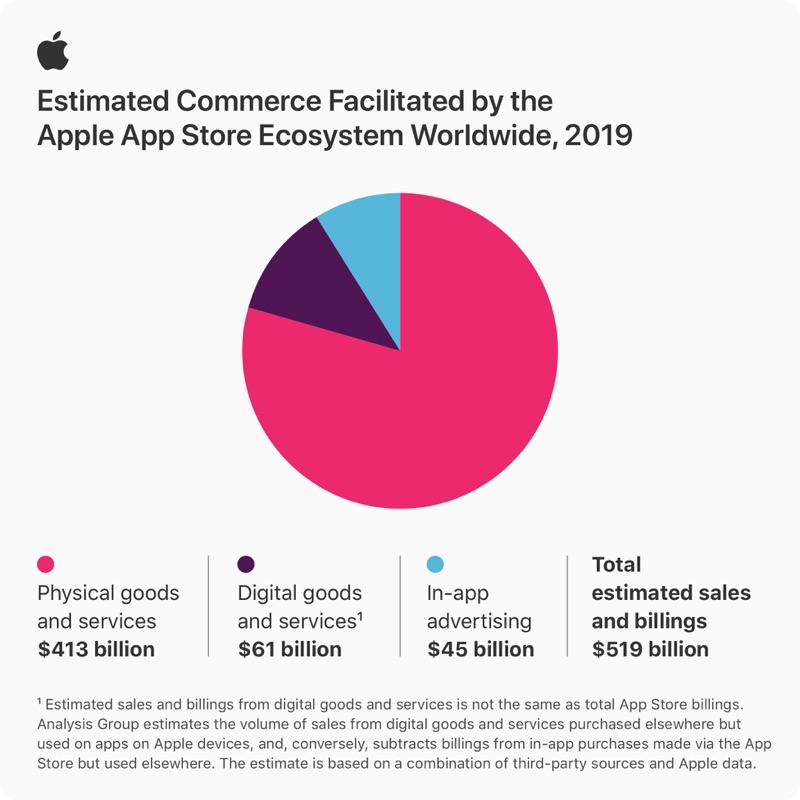 The study says physical goods and service sales took in the lion’s share at $413 billion, with mobile commerce apps taking in $268 billion within the latter category.

Apple says the study “looked at 2019 data to capture an accurate snapshot of the full App Store ecosystem, taking into account all sources of commerce.”

For 2020, COVID-19 has changed how people live their lives and interact with apps. Apple says social apps have increased in usage to let people stay connected, while food and grocery delivery apps have also seen a surge in demand.

Apple’s App Store launched back in 2008 and has close to 2 million apps, which are “visited by half a billion people each week across 175 countries.”

Data shared today sounds like it would most likely be presented on stage at the company’s annual developer conference next week. Expect to hear some tidbits from this study in one week at Apple’s WWDC20 Special Keynote Event, set  to take place at 10AM PDT/1PM EDT, available for viewing on the web, Apple TV, YouTube, Apple devices and more.