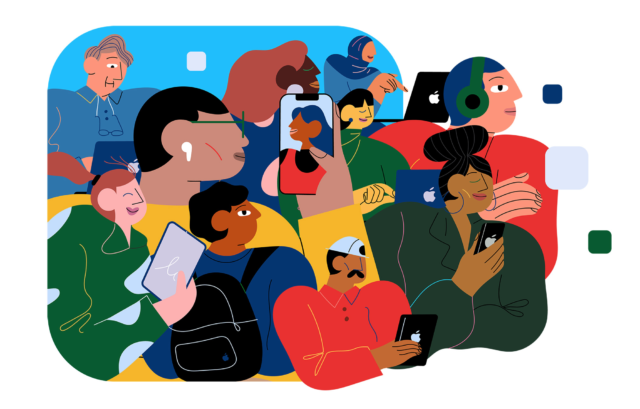 A new press release states that the Cupertino company is cutting App Store fees in half to help small businesses during economic upheaval caused by the Covid-19 pandemic. The move comes as Apple faces increasing scrutiny from government regulators and companies like Fortnite maker Epic Games over high App Store fees.

“The savings mean small businesses and developers will have even more funds to invest in their businesses, expand their workforce and develop new, innovative features for app users around the world,” Apple said in a statement. The program will begin on Jan. 1 and will be based on a developer’s sales this year.

Under the new App Store Small Business Program developers who made up to $1 million USD in 2020 for all of their apps, as well as developers new to the App Store, qualify for the reduced rate.

“Small businesses are the backbone of our global economy and the beating heart of innovation and opportunity in communities around the world. We’re launching this program to help small business owners write the next chapter of creativity and prosperity on the App Store, and to build the kind of quality apps our customers love,” said Apple CEO Tim Cook. “The App Store has been an engine of economic growth like none other, creating millions of new jobs and a pathway to entrepreneurship accessible to anyone with a great idea. Our new program carries that progress forward — helping developers fund their small businesses, take risks on new ideas, expand their teams, and continue to make apps that enrich people’s lives.”

The iPhone maker’s 30 percent commission has been a long-standing debate amongst companies and developers. Earlier this year, the company banned the popular game Fortnite for trying to circumvent Apple’s in-app purchase system. In response, Epic Games said that Apple holds an illegal monopoly for app distribution on iOS.

The move should help generate some positive press for Apple and please smaller app makers. But it doesn’t really address the concern of developers, such as Epic Games, who want a way to reach iPhone owners without taking part in Apple’s payment system.