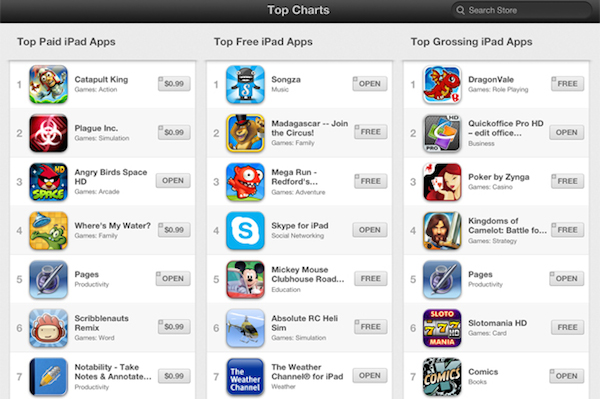 Just ahead of next week’s Worldwide Developers Conference (WWDC), Apple has made a significant change to the “Top Charts” section in the iOS App Store, showing only the Top 150 Paid, Free and Top Grossing apps, while previously it featured the Top 300 on iPhone, and Top 1,500 on iPad, as pointed out by TechCrunch. As a result, all apps ranking below 150, which were previously highlighted in the Top Charts, can now only be found via search or category listings.

“The change appears to have gone into effect starting around May 23rd, before the Memorial Day holiday weekend here in the U.S. And to be clear, this change is only affecting the mobile version of the iTunes App Store (the App Store app on iOS devices), not the App Store in the iTunes desktop software. On the desktop, the App Store shows the Top 200 apps.”

It is however not yet clear as to why Apple made this change. In case it is not one of those temporary App Store bugs, one may assume that it hints at possible changes to the iOS App Store which Apple may be planning to announce at the forthcoming WWDC.

Most recently, Apple made improvements to the App Store search with the introduction of “related search” suggestions which appear after a user types in a keyword or keywords to find an application of interest.