Apple is betting on China for the future, as Reuters reports the company has invested $1 billion in ridesharing company Didi Chuxing, Uber’s main rival in the country.

CEO Tim Cook told Reuters, “We are making the investment for a number of strategic reasons, including a chance to learn more about certain segments of the China market,” he said. “Of course, we believe it will deliver a strong return for our invested capital over time as well.” 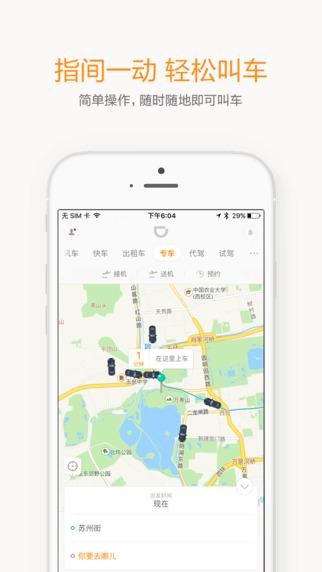 Didi Chuxing, known formerly as Didi Kuaidi, said Apple’s investment was the single largest amount it has received to date. The company has previously raised several billion dollars, as it continues to dominate ride sharing in China, with over 11 million rides per day, owning over 87 per cent of the private car-hailing market in the country.

Cook said Apple remains concentrated on its efforts to expand CarPlay, its way of integrating iPhones to in-car infotainment systems, adding “That is what we do today in the car business, so we will have to see what the future holds.”

Despite lower sales in China, due to concerns over the country’s slowing economic outlook, Cook reiterated Apple is still excited about the country’s potential, saying “(The deal) reflects our excitement about their growing business … and also our continued confidence in the long term in China’s economy.”

Didi Chuxing is making Uber bleed in the country, as the latter revealed earlier this year it loses $1 billion in China annually to compete. Uber CEO Travis Kalanick told BetaKit in February, “We’re profitable in the USA, but we’re losing over $1 billion a year in China,” adding “We have a fierce competitor that’s unprofitable in every city they exist in, but they’re buying up market share. I wish the world wasn’t that way.”

Back in January, Didi Chuxing was valued at $16.5 billion, after raising $200 million from China Merchants Bank, but currently is valued at $25 billion (updated).

What could Apple’s relationship be with Didi Chuxing? Potential network for the iPhone maker’s rumoured electric automobile plans?