Apple Offers 10% Bonus for Apple ID Deposits in the U.S. But Not Canada

Apple has launched a new campaign offering a 10% bonus for customers adding a deposit to their Apple ID accounts from their iPhone.

The new ad campaign was spotted by Mac Otakara, noting the 10% bonus offer is valid from today until December 20, 2018 for Apple users in Japan, while customers in the United States are also seeing this promo.

As for Canadians, unfortunately, this promotion is unavailable here (of course).

How to add funds to your Apple ID? On your iPhone, head to Settings, tap your name, then iTunes & App Store, tap your Apple ID email, then ‘View Apple ID.’ You will be required to sign into your account. Next, go to ‘Add Funds to Apple ID’, and you’ll see the screen below—which doesn’t show the 10% bonus for Canadians. 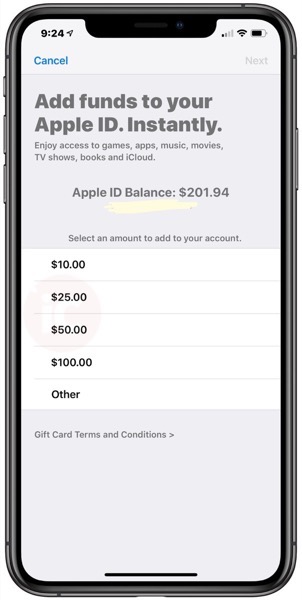 I don’t recall Apple ever offering a bonus for funding your Apple ID before?

For those unaware, the best way to fund your Apple ID is to load it up with 20% off iTunes Cards when they’re on sale from Costco. This way, you save 20% off on any digital purchase or subscription from Apple.