Apple’s 2018 Back to School Promo Live in Canada, Offers Free Set of Beats

On top of announcing a refresh to their 13-inch and 15-inch MacBook Pro lineup, Apple also launched their Back to School promo this morning in Canada and other countries. 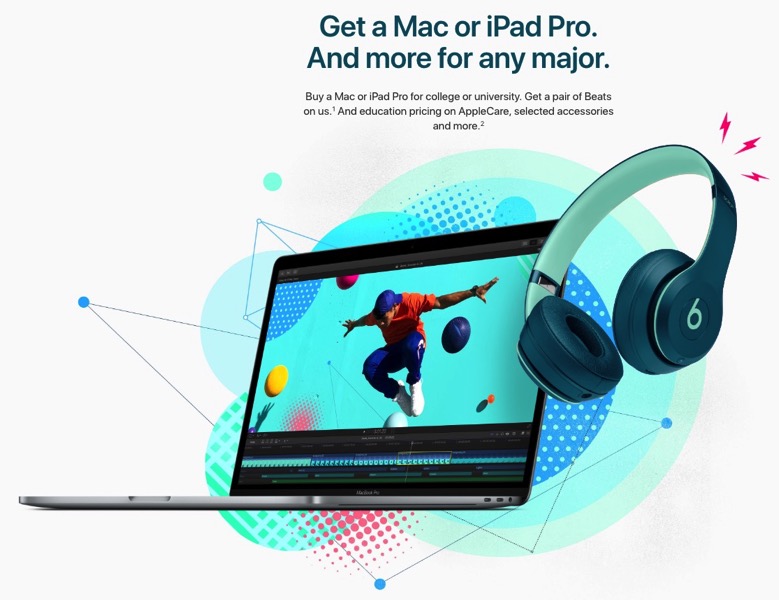 The promotion offers a free pair of Beats wireless headphones when customers purchase a Mac or iPad Pro for college or university, plus a discount on AppleCare.

Apple says if you buy a Mac or iPad Pro, you can get a pair of Beats Solo3 “in new Beats Pop Collection colours”, while also save 20% off AppleCare for Mac and iPad Pro.

Those purchasing an eligible Mac or iPad Pro can also choose from either Beats Solo3 headphones, Powerbeats3 earphones or BeatsX earphones.

Last year, Apple similarly offered a free set of Beats headphones with a Mac or iPad Pro purchase, but this year the addition is 20% off AppleCare for your Mac and iPad Pro.