Apple has announced its 2017 Back to School promo, offering up a free pair of Beats wireless headphones with eligible Mac or iPad Pro purchases. 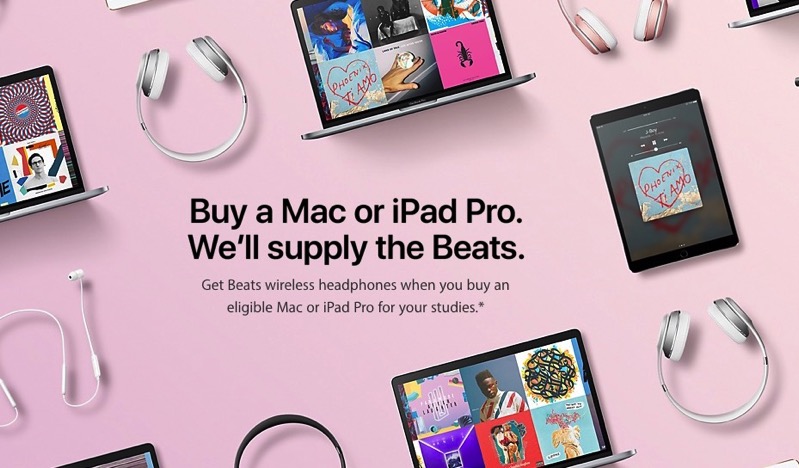 The following Mac and iPad Pro models are eligible for a free pair of Beats:

Those buying Macs will get a pair of Beats Solo3 Wireless On-Ear Headphones, Powerbeats3 Wireless Earphones, or BeatsX Earphones, with promotion savings values of $329.95, $249.95 and $179.95, respectively. iPad Pro users can get these same headphones, with promotion savings values of only $179.95, so if you opt for PowerBeats3 or Beats Solo3, you’ll need to pay extra for them.

Last year’s back to school promo also offered free Beats headphones, but iPhone purchases were also eligible for the bonus, unlike this time around.

K-12 employees, faculty and staff of post secondary institutions and students (or parents buying on their behalf) are eligible for Apple education pricing.