Following activist investor Carl Icahn’s letter to his Twitter followers claiming that Apple would increase its share buyback program, it was the turn of investment firm RBC Capital Markets to add some colour, raising the AAPL stock price target to $140. By the way, this is still lower than Icahn’s $216.

In a new research note obtained by AppleInsider, analyst Amit Daryanani pointed to Apple’s cash pile: The company made $34 billion in the holiday quarter alone, which means it had $179 billion in the bank.

As result, Apple could “comfortably” announce a $65 billion capital return program for fiscal 2016. The analyst expects Apple to return 100% of its free cash flow to investors, “helping to finance a 50 percent increase in its quarterly dividend to a 2 percent yield”, Daryanani wrote.

You may recall that Tim Cook has said that “By and large, my view is, for cash that we don’t need – with some level of buffer – we want to give it back [to shareholders]. It may come across that we are, but we’re not hoarders”, signalling Apple’s willingness to return cash to shareholders. 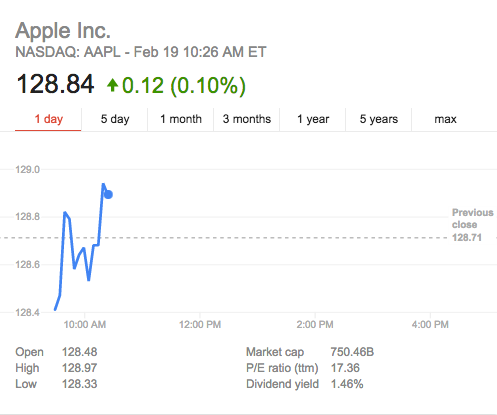