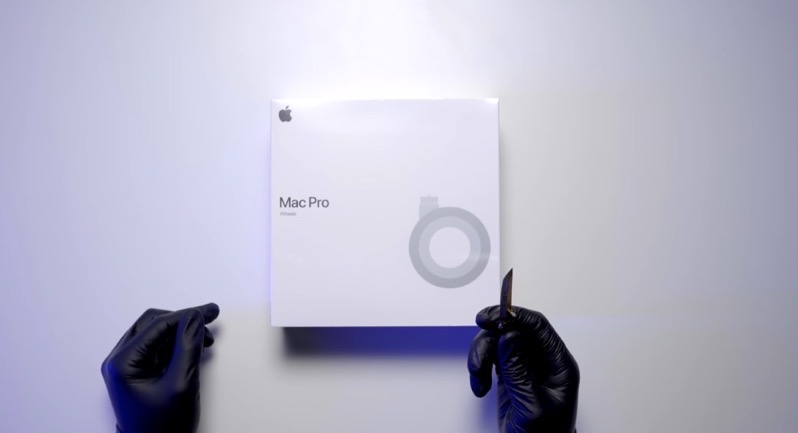 The unboxing sees channel founder, Lewis Hilsenteger, mum on the subject as he doesn’t say a word.

“Put your Mac Pro on wheels with the Mac Pro Wheels Kit. The custom-designed stainless steel and rubber wheels make it easy to move your Mac Pro around, whether sliding it out from under your desk or across your studio,” reads Apple’s description.

Apple says “Installation required. A 1/4-inch to 4 mm hex bit is included, but additional tools are necessary. Replacing the Mac Pro feet with wheels adds approximately one inch to the height of the frame.”

In a second follow-up video, the channel ends up making a skateboard out of these $869 CAD Apple wheels, to put them to good use:

After taxes, these Mac Pro Wheels cost over $900 in Canada. For computer wheels. What a deal!