The folks over at CPU Monkey have just shared what appear to be CPU and GPU performance benchmarks of the latest Apple A14X Bionic chip, showing as much as 35% improvement in multi-core tests when compared to the A12Z Bionic chip. 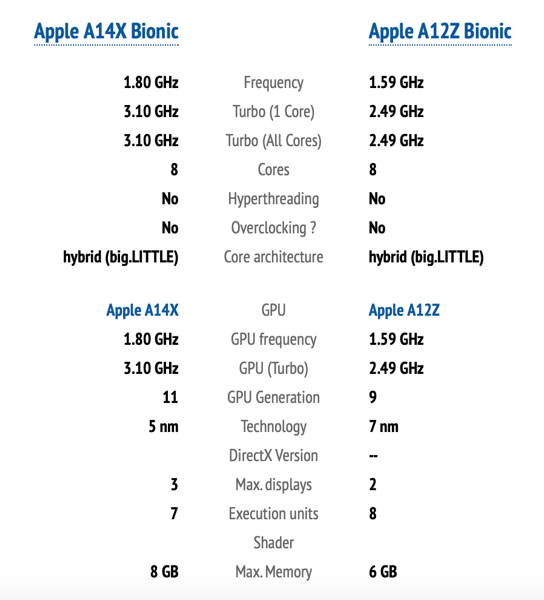 Much like the A12Z Bionic SoC found in the 2020 iPad Pro 11 and 12.9-inch models, the A14X Bionic features 8 cores divided into four performance cores and four power-efficiency cores. The A14X, however, does have 8GB of RAM as compared to A12Z’s 6GB.

Similarly, there is an impressive 26% GPU performance improvement with the A14X Bionic SoC as shown in the following benchmark.

It’s worth noting in the past, CPU Monkey leaked A12 Bionic and A13 Bionic benchmarks and they were within the same range as actual real-life benchmarks. This benchmark data is most likely from A14X Bionic test devices out in the wild, notes user ‘benbosox’ on Reddit.

We’re sure to find out all about Apple’s A14X Bionic at the company’s next special event, set for November 10 at 10AM PST.