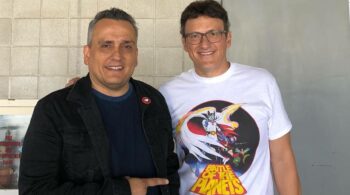 According to Deadline, Apple Original Films has just purchased the worldwide rights to the Russo brothers-directed drama film ‘Cherry’, starring fan-favourite Tom Holland and Ciara Bravo, in what is said to be a deal worth $40 million USD or so.

Apple has, for long, made its intentions to compete for awards in film and television with original content quite clear, and this acquisition serves to further that agenda.

This is the first movie Anthony and Joe Russo have directed since the resounding global success that was Avengers: Endgame, and it could not be more different than their last project. ‘Cherry’ revolves around a Cleveland man (played by Tom Holland) who develops an addiction to the opiate Oxycontin after it is prescribed to him to treat a severe case of PTSD from serving in the army. The man and his wife (Ciara Bravo) soon get hooked on heroin, after which he robs several banks to fuel their addiction and pay their debts.

‘Cherry’ is based on the novel of the same name written by Nico Walker who has very recently been released from prison after serving time for the robberies documented in both the book and movie. The story tugged at the heartstrings of the Russos, who hail from Cleveland and were aware of how the unregulated supply of Oxycontin in their hometown has ruined many lives.

‘Cherry’ joins the likes of the WWII film Greyhound starring Tom Hanks, Will Smith’s Emancipation, Sundance Grand Jury Prize-winning documentary Boys State, Sophia Coppola’s much-awaited comedy On The Rocks, and many others on Apple’s slate for this season. In addition, ‘Cherry’ is a promising awards contender in a film season that hasn’t seen a lot of those.