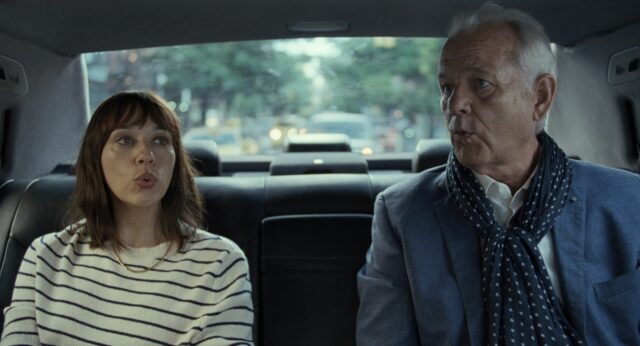 Sophia Coppola’s Apple TV+ original comedy film ‘On the Rocks’ will premiere at the New York Film Festival as a part of the festival’s spotlight section.

‘On the Rocks’ stars Bill Murray, Rashida Jones, and Marlon Waynes in a story about a young mother Laura reconnecting with her playboy father in New York City. Laura is faced with sudden doubts about her marriage, which leads her to team up with her father to tail her husband across the city.

According to Variety, the film will be debuted during the 58th New York Film Festival. The film will be apart of the spotlight section, which begins on September 17th and closes on October 11th.

The spotlight lineup will be highlighted by gala events, screenings with “live elements”, sneak previews, and other special events. Additional films added to the spotlight section include ‘Lovers Rock’, ‘American Utopia’, ‘Hopper/Welles’, ‘The Human Voice’, All In: The Fight for Democracy’, and ‘The Monopoly of Violence’.

‘On the Rocks’ is produced by independent studio A24. Director Sophia Coppola returns to work with Bill Murray after 2003’s ‘Lost in Translation’. The film is described as a love letter to New York City, identifying how relationships are looked at differently across generations.

‘On the Rocks’ will debut on Apple TV+ in October.