Apple AirTag Pricing in Canada from $39 CAD, Hermès from $379 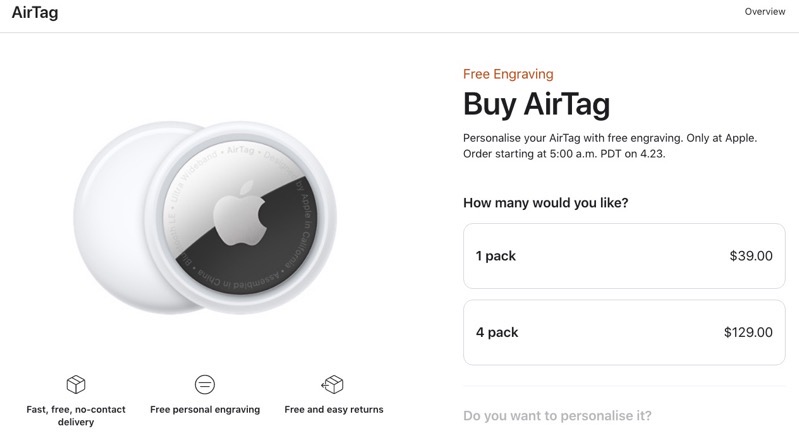 AirTags will let you find your keys and other items leveraging the Find My app and other Apple devices.

Apple says, “When youʼve left something far behind, like at the beach or the gym, the Find My network — hundreds of millions of iPhone, iPad and Mac devices around the world — helps track down your AirTag. And it is designed to protect your privacy every step of the way.”

“Your AirTag sends out a secure Bluetooth signal that can be detected by nearby devices in the Find My network. These devices send the location of your AirTag to iCloud — then you can go to the Find My app and see it on a map. The whole process is anonymous and encrypted to protect your privacy. And itʼs efficient, so thereʼs no need to worry about battery life or data usage,” explains Apple.

As for battery life, Apple says they last one year before needing to be replaced.

As for AirTags Hermès, pricing is from: 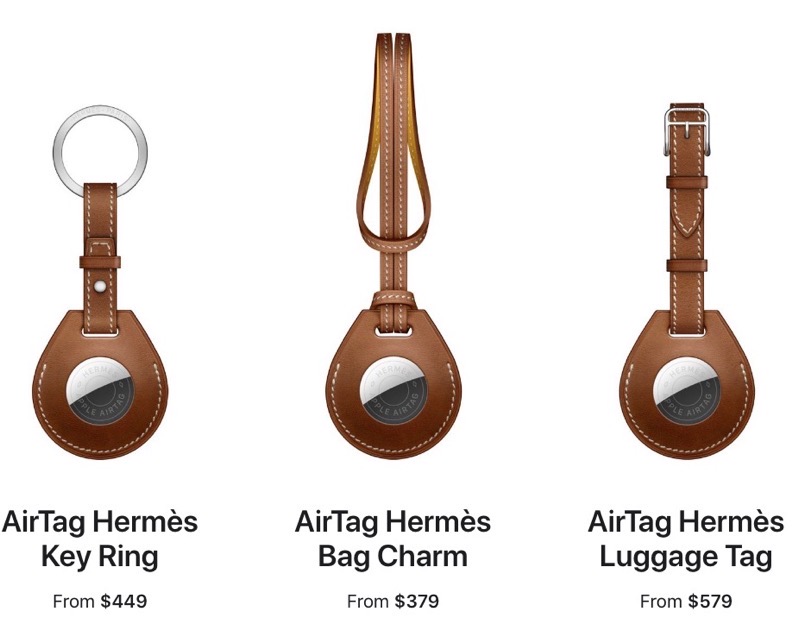 You can start your AirTags pre-order on April 23 at 5am PDT.