As discovered and highlighted by security researcher Bobby Rauch, a bug in Apple AirTag’s ‘Lost Mode’ could allow a hacker to lead unsuspecting users to an iCloud phishing page. 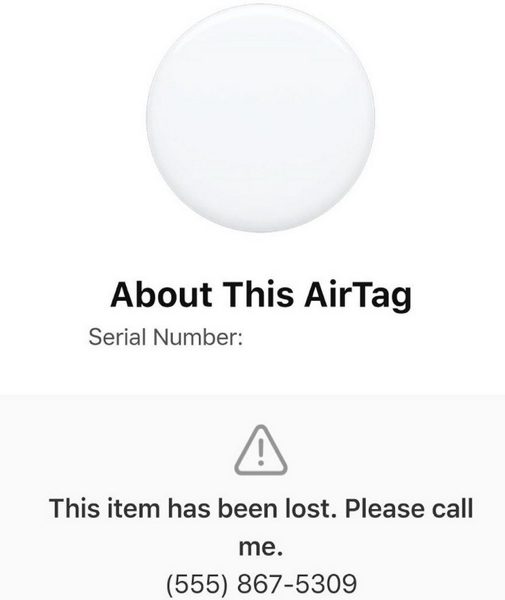 According to Apple, the AirTag’s Lost Mode allows someone who finds a misplaced AirTag to take steps to locate it and return it to the user. Enabling Lost Mode displays a phone number or address on a specialized found.apple.com website.

According to Rauch, however, the AirTag’s Lost Mode “doesn’t currently stop users from injecting arbitrary computer code into its phone number field,” which could lead an unsuspecting AirTag retriever to a phishing site.

“In the modern telling of this caper, a weaponized AirTag tracking device could be used to redirect the Good Samaritan to a phishing page, or to a website that tries to foist malicious software onto her device.”

In other words, a hacker could add a code that sends users to a phishing site that mimics Apple’s iCloud login site to steal their username and password.

Apple has not yet issued any official comment regarding the issue.

In a recent interview, Apple engineer Esge Andersen discussed how the company achieved improved sound quality regarding the AirPods Pro 2. Much of the improvements came without the integration of lossless audio and it is all thanks to improved airflow instead. Speaking with What Hi-Fi?, Andersen pulled back the curtain about the improvements to audio...
Steve Vegvari
30 mins ago