Apple’s Tile Competitor May Be Called ‘AirTag’, Have Replaceable Batteries

We’ve heard rumours of Apple’s Tile tracker competitor and now iOS 13.2 contains more references to the product, which is expected to debut soon.

One feature confirmed by the assets is the ability to change the product’s battery since there is a video asset named “BatterySwap”.

Check out a screenshot of where these assets are located in iOS 13.2, which shows the ‘AirTag’ folder, according to 9to5Mac: 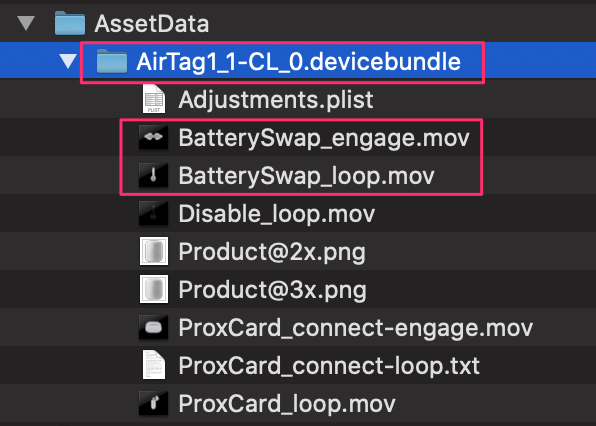 Another discovery today in iOS 13.2 revealed a Smart Battery Case is coming for iPhone 11 and iPhone 11 Pro.

Tile recently launched a new line of updated trackers for 2020, in a move which looks to get ahead of Apple’s rumoured tracker launch.

WhatsApp is finally rolling out the ability for users to leave group chats silently without notifying all members of the group that they are no longer part of the conversation. When you leave a WhatsApp group silently, only the group admin will be notified that you have left the chat. Meet leave groups silently 👋...
Usman Qureshi
24 seconds ago

Display Supply Chain Consultants (DSCC) analyst Ross Young has claimed in a tweet posted earlier today that Apple is planning to launch a 27-inch mini-LED external display in Q1 2023, MacRumors is reporting. Presumably talking about the first calendar quarter of 2023 i.e. the months from January to March, the analyst noted that Apple had...
Usman Qureshi
11 mins ago