According to his Apple predictions for 2020 and 2021, here’s what Kuo believes is coming (via MacRumors), in the form of five new iPhone models: 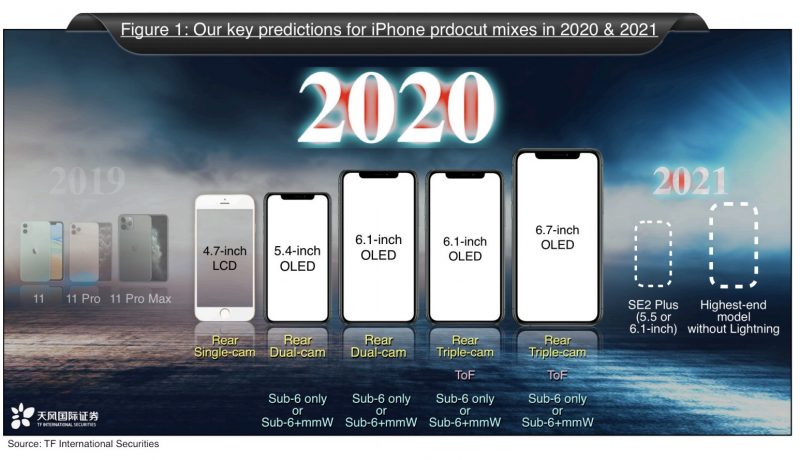 Also—here are his predictions for 2021 iPhones:

So a flagship iPhone without Lightning port in 2021. Most likely a move to USB-C?

Back in February of this year, Kuo released his 2019 Apple roadmap. He nailed the releases of three new iPhones, along with new 10.2-inch and new iPad mini releases. He also got Apple’s 16-inch MacBook Pro prediction correct, along with the new Pro Display XDR, plus Apple Watch Series 5 in ceramic.

As for his misses in 2019? He said a new iPod touch was coming, along with AirPower, but that didn’t happen. He did get new AirPods right.