According to Bloomberg, the two largest app providers, Apple and Google, will not participate in a new mobile app rating system created by CTIA-The Wireless Association.

Participating in the new ratings system are Microsoft, AT&T, Verizon, T-Mobile, Sprint, and U.S. Cellular Corp. Of those, only Microsoft, AT&T and Verizon Wireless operate their own app stores. 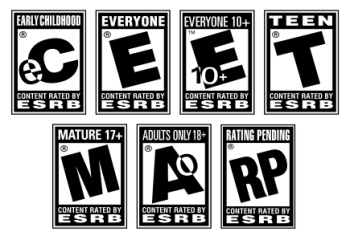 The voluntary program will be operated by the Entertainment Software Rating Board (ESRB), the same organization that has run similar ratings for computer and video games since 1994. The mobile rating system rates app submissions on a five-point scale, from “everyone” to “adults-only,” based on factors like violence and sexual content.

It comes as no surprise that Apple has opted out of the CTIA rating system. They already have a robust in-house rating system in place where some of the language they use encompasses the content descriptors that the ESRB ratings are known for.

What do you think? Should Apple join the CTIA rating system?