Apple Announces HBO NOW Premiering in April for $14.99 Per Month [u] 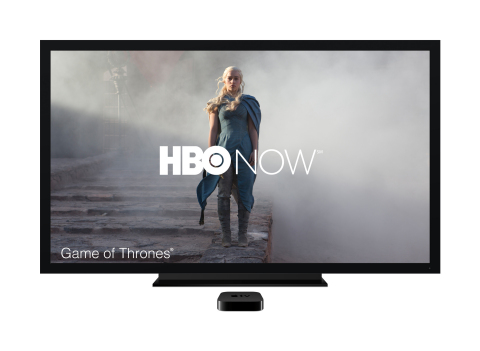 In addition to the all new 12-inch Retina Macbook Pro and the Apple Watch launch and pricing details, Apple also announced that ‘HBO NOW’ is premiering in April in the U.S. for $14.99 per month, at today’s Spring Forward media event, making it the first time an HBO subscription will be available directly to Apple customers. All iPhone, iPod, iPad and Apple TV users will be able to purchase HBO NOW directly in-app as a standalone service to watch every episode of every season of HBO’s original programming.

“HBO NOW is the next phase of innovation at HBO,” said Richard Plepler, Chairman and CEO, HBO. “With this new partnership, a natural evolution for the network, we have access to millions of Apple customers who are used to getting their favorite apps immediately. Now, they can do the same with an HBO subscription.”

“HBO NOW offers a new generation of HBO fans many of the best TV programs in the world without a cable or satellite subscription,” said Eddy Cue, Apple’s senior vice president of Internet Software and Services. “Now, with the same simplicity as buying an app, customers can subscribe to HBO NOW and instantly start viewing their favorite HBO programs as they air—this is huge.”

Apple notes that for just $14.99 a month, HBO fans can enjoy hit series ranging from Game of Thrones, Silicon Valley and VEEP to Last Week Tonight with John Oliver and VICE. At launch HBO will offer a 30-day introductory free trial period to new HBO NOW customers who sign up through Apple.

With Bell and Corus owning HBO Canada rights, we don’t expect to see this service here anytime soon. We’ve reached out to Apple and HBO for comment and will update this post.

Update: An Apple Canada spokesperson confirmed with us via email what we suspected–HBO NOW is U.S.-only.