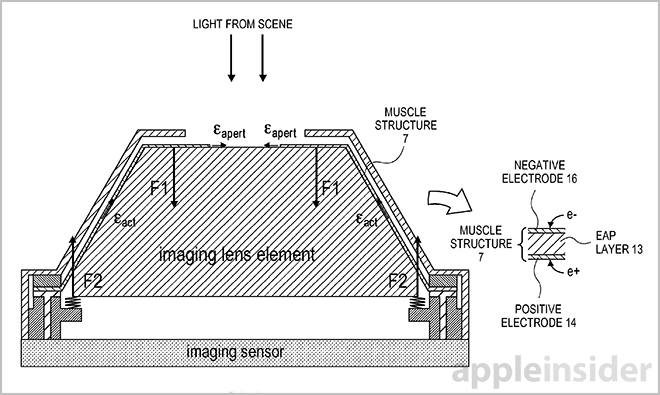 Apple basically proposes a micro electromechanical system (MEMS) design using an electro-active polymer (EAP) layer. At at the tip of the artificial muscle structure lies an opening to be used as the camera’s aperture, which can be displaced via electrodes attached onto the front and back of the EAP layer. The layer itself can include one or more layers of polymer material sandwiched together between the two flexible electrodes.

“Taking a closer look at the artificial muscle structure, the image below illustrates how both displacement and variable aperture control can be achieved in a single mechanism. The formation places a positive electrode on the inside of the EAP layer with a gap running from its base to the tip, splitting it into two separate actuation segments that control lens barrel movement. 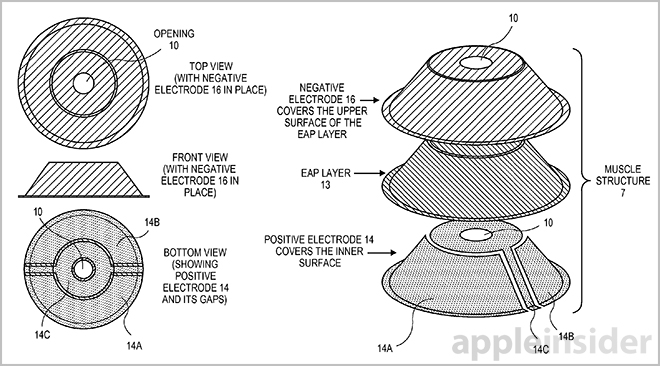 The filing also highlights the benefits of using an artificial muscle structure, noting that it consumes extremely low levels of power while carrying relatively large optics.