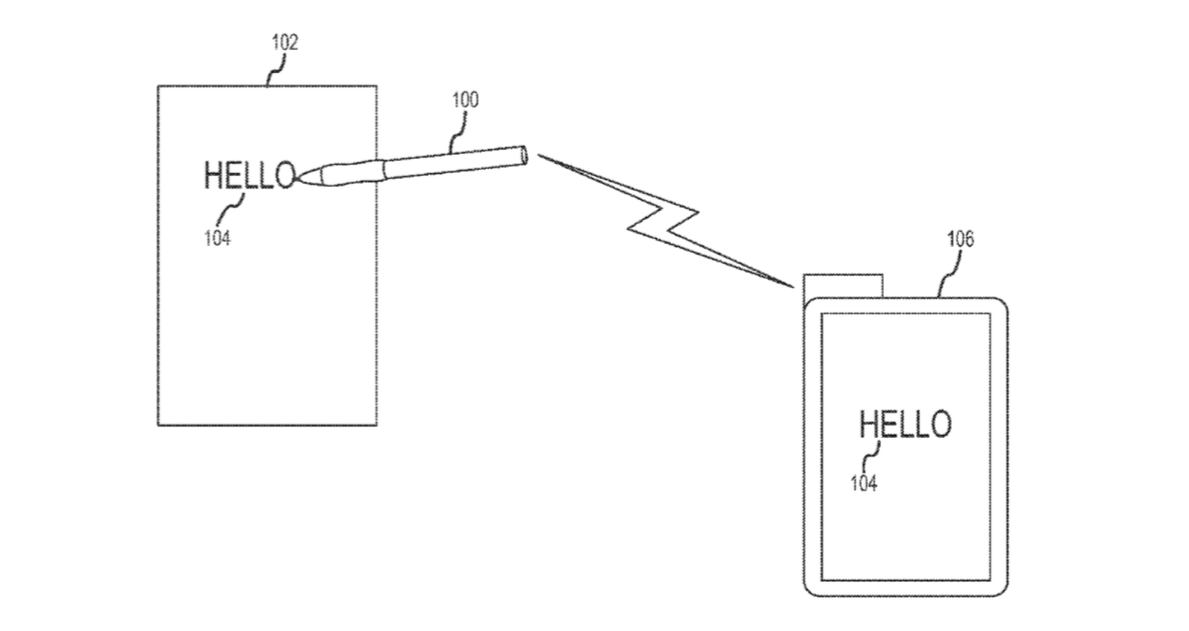 Today, Apple was awarded a new patent by the U.S. Patent and Trademark Office (USPTO) for capturing digital versions of handwritten notes.

The patents details a new type of digital stylus that translates a user’s handwritten note into a digital version when connected to a smartphone or tablet. The stylus could also have various exchangeable tips, including actual ink, markers for whiteboards, or rubberized bottoms like most popular tablet styli.

Much like a stylus seen on devices like the Samsung Galaxy Note 4, the stylus activates when motion is sensed using various sensors like an accelerometer. The stylus will also be able to detect a 3D plane, using motions sensors and software algorithms. This technology would allow the pen to capture notes that you write in the air (no writing surface would be necessary).

The patent also details the ability for the stylus to transmit data continuously or at chosen intervals, allowing the user to preserve battery life. 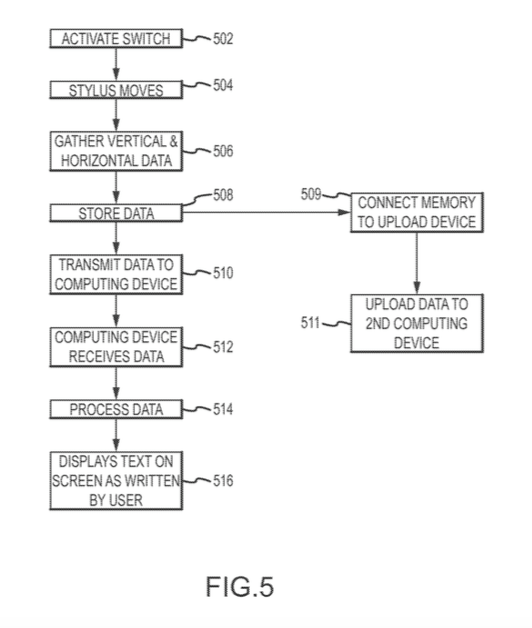 There are many practical applications for Apple’s new patent, including uses in business and education. In a classroom setting, the student would be able to take notes on a normal piece of paper and then have the notes saved electronically to their iPad.

Apple filed this patent five almost five years ago in January 2010, and it confirms that the company is testing stylus solutions, even if they will never be released. Do you think Apple will eventually release a stylus to accompany one of their devices even though Steve Jobs argued that they were not necessary? Let us know in the comments below.