Apple has decided to remove Facebook and Twitter integration in iOS 11, as confirmed by Ina Fried over at Axios. The company added direct Twitter sign-in back in 2011 and Facebook sign-in a year later in 2012.

Here’s the existing menu in Settings, where you can see Twitter, Facebook and other system-integrated sign-in within iOS 10: 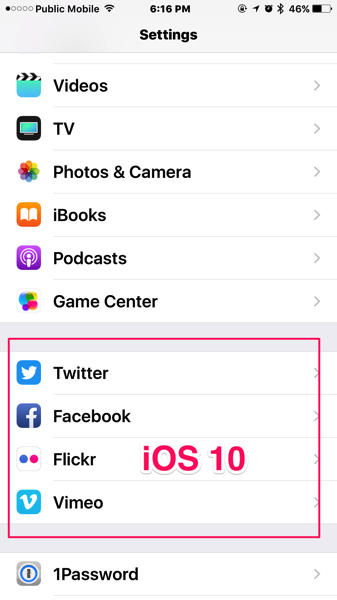 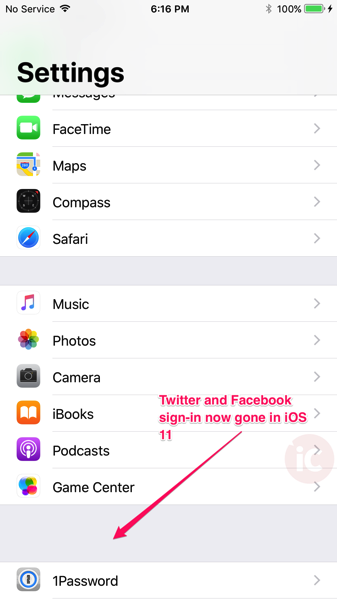 This system integration within iOS gave Facebook and Twitter an advantage over other social services, but with removal of both services, users will rely on system sharing extensions which first debuted in iOS 8 in 2014, making it a level playing field now for all apps and social networks.