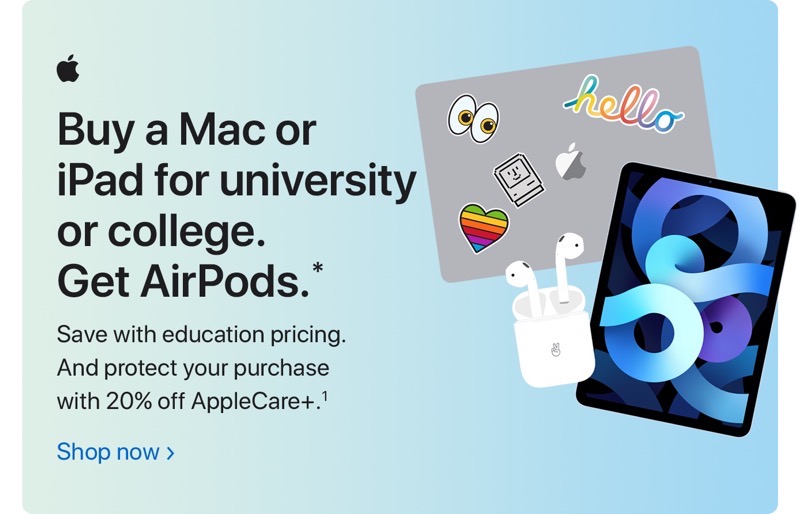 Apple is said to launch its annual Back to School promotion for 2022 on Friday, June 24.

“The annual Apple Back to School deal in the U.S. is planned to kick off on Friday alongside the M2 MacBook Pro release. May be a gift card with a Mac or iPad purchase instead of free AirPods,” said Gurman.

While the rumoured launch is for the U.S., it’s likely Canada’s Back to School promo would launch alongside its neighbour to the south, as we’ve seen in previous years.

Apple’s Back to School promo last year launched on Thursday, June 17. The promo offered free AirPods with the purchase of an eligible Mac or iPad for education, plus 20% off AppleCare+. Apple offered a paid upgrade option to get AirPods with Wireless Charging Case for $50 extra or AirPods Pro for $110 extra.

Apple is set to officially launch sales of its M2 MacBook Pro (13-inch) on Friday in stores and authorized resellers. The company has yet to announce when customers can pre-order its all-new 13.6-inch MacBook Air, but it would make sense for it to debut in time for the Back to School promotion.