Emojipedia’s Jeremy Burge has highlighted Apple’s bad emoji search in macOS in a recent article, after performing a series of tests with Apple’s built-in emoji picker (Ctrl-Cmd-Space), a feature that lets you search for an emoji by typing a search term (via MacStories). 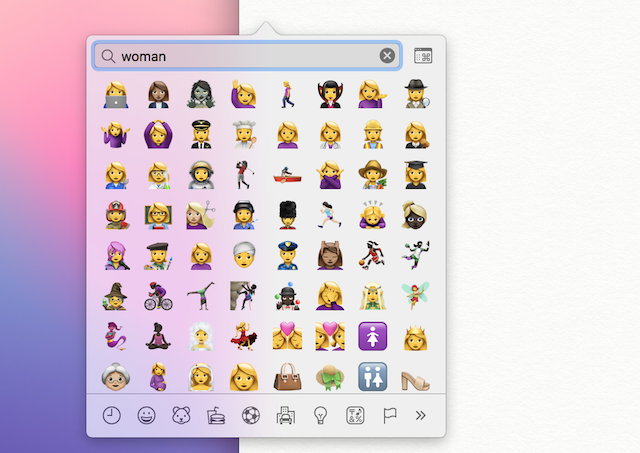 Burge notes that prior to macOS Sierra’s release, emoji search for Mac was actually better. Although general terms wouldn’t return any results, but if you knew the emoji name you could get it to appear 100% of the time. This is no longer the case.

He points out that even typing Apple’s exact description for an emoji sometimes doesn’t bring up the character it belongs to. “I just searched for “search” to get that magnifying glass, and instead got two detectives”, Burge writes.

“I do wonder if an internal effort to make these types of search and prediction tools better in the longer term is making them worse for users in the short term.

iOS emoji search is one of the top feature requests I see whenever Apple releases new emojis. If it works like the Mac, I don’t think people would be all that pleased.”

Looks like the person in charge of the emoji search feature for Mac needs to take a serous look at this issue before bringing it to iOS.