In a new patent application published today by the US Patent and Trademark Office (USPTO), Apple details a next-gen blood pressure measurement system in a reconfigurable wristband, that could also include Apple Watch functionality (via Patently Apple). 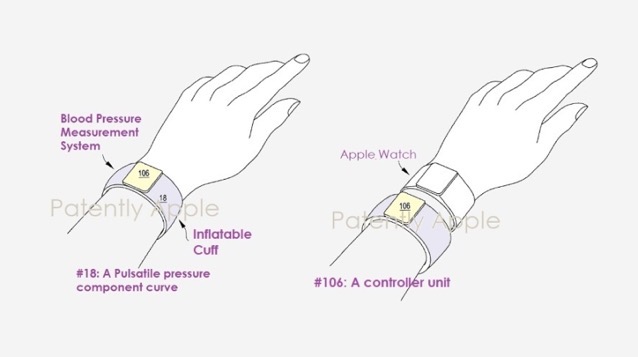 The application covers ambulatory blood pressure measurement cuff and related methods that employ a support band that can be reconfigured via a control unit. The support band includes one or more reinforcement sheets embedded within a flexible band.

“The ambulatory blood pressure measurement cuffs, devices, and approaches described in the filing can be configured for use on any suitable limb of a user including, but not limited to, a user’s wrist, a user’s thigh, a user’s leg, a user’s arm, and a user’s upper arm.

Apple reveals that in some embodiments, the wrist-worn ambulatory blood pressure measurement device can be configured with watch and/or smart-watch functionality.”

Being a patent application, it remains unknown whether such a product will ever be commercially released.