Here’s Why Apple May Never Build a Ceramic iPhone

In an interesting article at Atomic Delights (via Daring Fireball), Oregon-based product designer Greg Koenig has explained why Apple may never build a ceramic iPhone. A recent post on Quora suggested that Apple may ditch aluminum for ceramic in the next iteration of the iPhone, a speculation based on a number of Apple patent filings and the new ceramic Apple Watch Edition, but Koenig has detailed why a ceramic iPhone is highly unlikely. 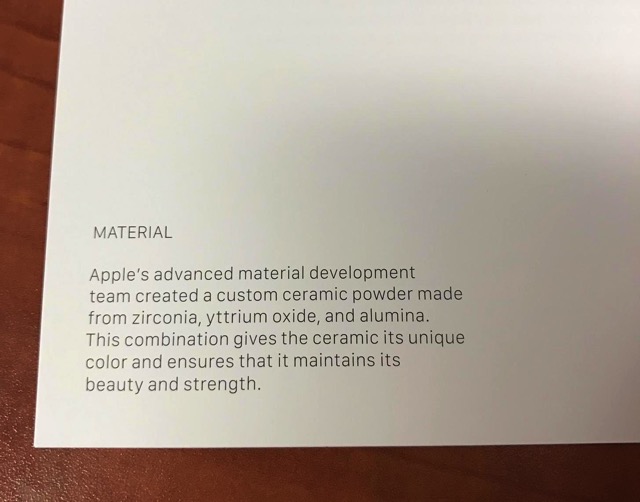 Koenig points at the little booklet that Apple has shipped with the ceramic Watch Edition, saying that if Apple was about to leverage a whole new process for the efficient manufacturing of precision ceramics for next year’s iPhone, “this new Watch model would be a test balloon for at least some of those techniques”. However, it must be noted that Apple has always “skillfully knife edged their marketing discussion about manufacturing”, while being quite vague about the details.

So if we can all agree their materials are honest, let me be very plain – there is nothing revolutionary or new about how Apple is making the ceramic Edition watch. The process they describe is meticulously executed, and because of the nature of the design — wherein ceramics are mimicking the engineering layout of far more easily produced materials – probably the most laboriously produced ceramic watch on the market.

In fact, if we scale the numbers used in the booklet up to iPhone size devices and cycle times, Apple would need 2 football field’s worth of kiln space for each ceramic iPhone to sinter for the requisite 36 hours. For the 2 hours of hard ceramic machining to finish the case details, Apple would need to go from 20,000 CNC machines, to 250,000. They would need another 200,000 employees to perform the 2 hours of hand polishing to “bring out the strength and luster.”

That said, with Apple manufacturing one million iPhones per day at peak production, when it switches from aluminum to a new material for iPhones, it’ll have to be something with which they can build at the same scale.