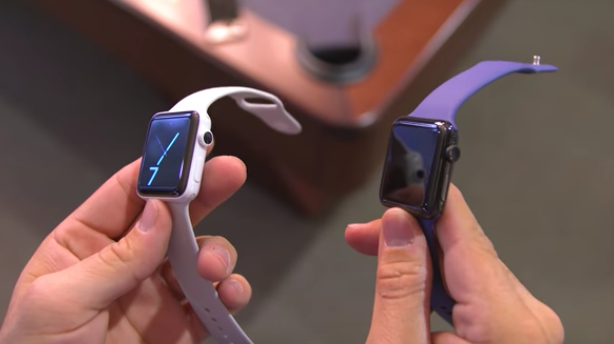 The new Ceramic line starts at $1,649 CAD for the 38mm and the 42mm is $1,719 CAD, which is more than three times the cost of the Aluminum series Sport line up (in 42mm). What do you get for the extra cash? Ceramic is extremely scratch resistant and there’s a new Cloud Sport Band with it.

Dom Esposito from YouTube, has posted a good unboxing and overview of the new model (on 9to5Mac), plus compares it next to the Space Black Apple Watch stainless steel edition. Check it out below:

I have to agree with Dom; while I think the Sport band is nice, it would have been even better if there was another high-end band included for the watch’s high-end price, versus the Sport strap (maybe a Ceramic Link Bracelet?).

What do you think of the Ceramic Apple Watch Edition Series 2?